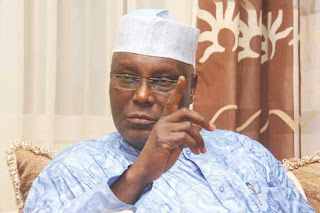 A former Vice President, Alhaji Atiku Abubakar, on Saturday, said he had no problem with former President Olusegun Obasanjo.
Abubakar, who is a Peoples Democratic Party presidential aspirant, made the statement while addressing the Nasarawa State Working Committee and delegates of the PDP in Lafia, the state capital.
When asked to comment on the alleged rift between him and Obasanjo, Atiku said he had no problem with the former President.
“I don’t have any problem with former President, Chief Olusegun Obasanjo, but if he says he has a problem (with me) that is his problem,” Atiku said.
He promised to take Nigeria to a higher level if elected president in 2019.
According to him, insecurity, poverty, and hunger are some of the factors militating against the progress of the country.
Atiku said it was improper to describe Nigerian youths as lazy people who only needed free money.
According to him, available records have proved Nigerian youths to be excellent sportsmen and women, astute businessmen and women, among others
“If elected President of Nigeria, I will restructure Nigeria by empowering the youth, eradicate hunger and poverty, as well as fight insecurity,” he stated.
The former Vice President also promised to develop all the states sharing boundaries with the Federal Capital Territory, Abuja.
This, according to him, is because most of the people working in the FCT reside in communities located in the neighbouring states.
He called on the delegates to vote for him given his experience and resourcefulness.
Responding, the Nasarawa State PDP Chairman, Francis Orugu, commended Atiku for the visit.
He promised that delegates from the state would vote for a credible aspirant that would be able to represent the party in the 2019 presidential election.