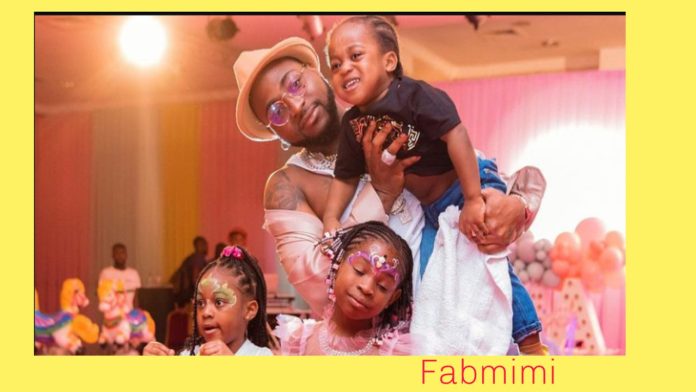 Popular Nigerian singer, David Adeleke, also known as Davido, has expressed his obsession with his children.

The superstar revealed this in a tweet on Thursday, where he simply wrote, “I’m obsessed with my children.”

Davido has always flaunted his three children on his social media pages and they were also present at his just-concluded London concert at O2 Arena.

The singer welcomed his first child, Aurora Imade, with entrepreneur Sophia Momodu in 2015.

Imade was named after Davido’s late mother, Veronica Imade, and is currently an ambassador for a baby soap brand.

Davido also welcomed his second daughter, Hailey, in 2017, with his partner at that time, Amanda.

In 2019, Davido welcomed his first son and third child, whom he named after himself.

Davido’s first son’s full name is David Ifeanyi Adeleke Jnr, whom the singer welcomed with his then fiancé and celebrity chef, Chioma Rowland.