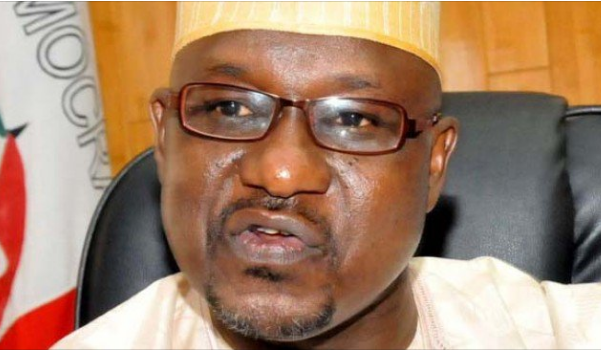 Onwuasoanya Jones, spokesman of the All Progressives Congress (APC) in Imo state, says Ahmed Gulak, chairman of the committee conducting the gubernatorial primary in the state, is missing.
Gulak was said to have arrived the state very late on Monday. He also met with Rochas Okorocha, governor of the state.
But in a statement on Tuesday, Jones said Daniel Madueke, chairman of Imo APC, went to the hotel where Gulak was lodged only to find out that he was not in his room.
The spokesman said other members of the committee who are still on ground also confirmed that they do not know the whereabouts of the election committee chairman.

“Party members are hereby alerted that the whereabouts of the chairman of Imo APC governorship primary election committee, Alhaji Ahmed Gulak is at this moment unknown,” the statement read.
“The chairman of the committee and his members were lodged at the Rockview Hotel, Owerri, the Imo state capital, on their arrival from Abuja, yesterday, while materials for the primary election were handed over to the commissioner of police for safe keeping.
“This morning, the state chairman of the party, Daniel Madueke Nwafor went to the hotel to ascertain levels of preparation and to get the committee to retrieve the materials and begin the process of conducting the primary, only to realize that the chairman is no longer in the room, he was lodged in.
“Most members of the committee are still around and have made it clear that they do not know the whereabouts of the chairman of the committee.
“The direct governorship primary election which was supposed to hold yesterday was shifted to today as a result of late arrival of materials and personnel for the conduct of the exercise. Party members are hereby informed that the primary election is yet to commence as a result of this.”
Jones asked members of the party in the state to remain calm.
“While urge all party members to remain calm and await further directives from the party, we reassure all Imolites that the process of electing our party’s governoship candidate shall be transparent, free and fair, in line with our party’s philosophy of changing from the old order of impunity, corruption and brigandage and progressing to a new order of discipline, transparency and prosperity for all,” he said.
“We remain committed to the belief that the people are the most valuable kingmakers in a democracy and we shall not condone any act that deprived the people of their right to freely select who governs them at any level and at any point in time.”