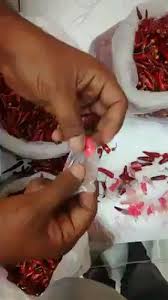 Since the underdogs consistently come up with innovative ways to get around the system, including now using peppers, the war against the trafficking of hard drugs appears to be getting more difficult.
Among a recent video that has been making the rounds on social media, several drugs were found neatly tucked away in pepper plants.
Following the discovery of 4 million amphetamine tablets concealed inside packages of bell peppers, also known as capsicum, the video was said to have originated in Saudi Arabia.
The United Kingdom was the destination of the illegal substances. Five people were detained in Riyadh and Jeddah in connection with the consignment of the narcotic pills: three Syrians, an Egyptian, and a Saudi national.

The biggest producers of Captagon tablets that are smuggled into the UK were pointed out as being Iraq and Syria.