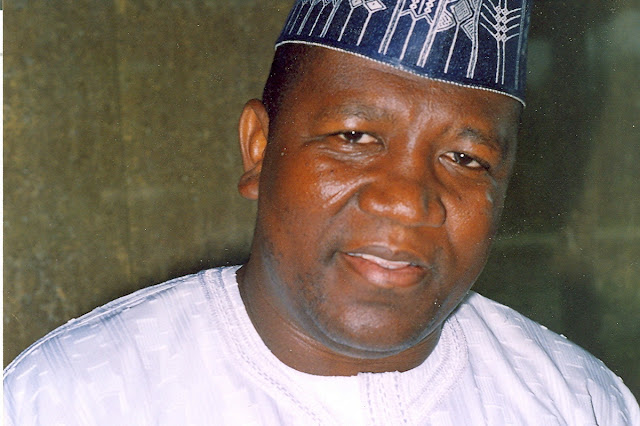 Abdulaziz Yari, governor of Zamfara state, has asked the panel the national working committee (NWC) of the All Progressives Congress (APC) set up to conduct a fresh governorship primary, not to visit the state.
Yari said this while reacting to the dissolution of the state executive committee of the ruling party.
The NWC had dissolved the exco and scheduled a fresh primary election for Saturday.
This followed the cancellation of the previous exercise over violence.

Yari has been accused of igniting the crisis in a bid to impose his candidate on the people.
But the governor denied this allegation, accusing Adams Oshiomhole, national chairman of the ruling party, of working against the interest of the APC.
He accused Oshiomhole of attempting to influence the outcome of the primary, saying he is ready to go any length, even laying down his life, to prevent that from happening.
“We are here for another briefing regarding the primary elections in Zamfara state. We have barely less than 52 hours by the guidelines of electoral act 2018 and we are still here with no member of the committee to conduct the primary election,” he said.
“One development which is yet not clear, the APC national chairman announced through the publicity secretary the dissolution of party executives. Though, they have sent the counter release that what they mean is that the state exco should not take part in the processes of primary elections in Zamfara state, that we have no problem with.
“Now, we heard that the committee of the chairman is not in consultation with any working committee. He (Oshiomhole) is trying to be a kind of mini-god…The committee he sent to Zamfara state, I want to say it categorically, they should never step into Zamfara for one minute.
“I, Abdulaziz Yari, governor of Zamfara state, head of government and security, I am saying that the committee sent by Oshiomhole to come and do a dirty job should not dare come into Zamfara state.
“We are ready, including myself, to be taken to the graveyard tomorrow. If he knows that his father and mother gave birth to him, he should send those people and see and it is fight to finish.
“I told the president that this is what Adams Oshiomhole is doing. I don’t have confidence in those people. Therefore, those people sent should remain where they are and whatever happens in the state, the president should hold Oshiomhole responsible. We are going to mobilise all the APC people in Zamfara state and to fight this battle to finish.”