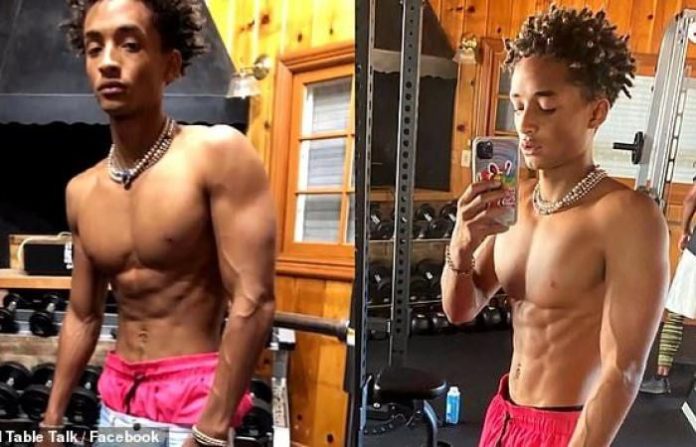 Jaden Smith has opened up on his health issues and struggles with weight.

23-year-old Jaden appeared on Wednesday’s episode of Red Table Talk alongside Jada Pinkett Smith and Adrienne “Gammy” Banfield-Norris which centered on gut health. During the show, he narrated how his past habits pushed his family into staging an intervention in 2019.

“I was able to work with the doctors and really get my vitamins and get my supplements and protein shakes.

The “Summertime in Paris” artist has now been maintaining his weight gain and also working hard in the gym to build up his muscle mass.

Sharing shirtless pictures of himself now in comparison to 2019, he said;

“That was a long way from where I was when I was at Coachella, where I just was like, bones.

“I thought I was so tight. I was like, ‘This. I’m swagging on this. Like, I need to take off my shirt right now.”