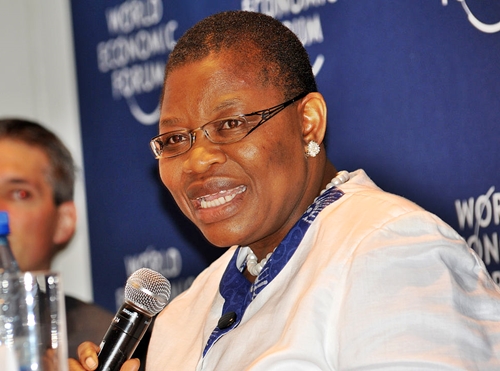 Former Minister of Education, Oby Ezekwesili will contest for the 2019 presidential election according to Pastor Tunde Bakare.
The Latter Rain Assembly (LRA) General overseer made this revelation while speaking at the Tafawa Balewa Square (TBS) Lagos on Monday.
According to the pastor, he can’t wait for the formal declaration by the former vice president of the World Bank, so could ‘throw in his cap’ and join in demanding a better well deserving Nigeria.
In his words :
“By the way, my sister Oby is stepping into politics now, she is going to contest for the office of the president, and I am waiting for October 7 to throw in my cap, so we can crash the entire system and begin to demand for a new Nigeria that we deserve.”
Although no statement from Mrs Ezekwesili yet but we will definitely bring you details as soon as possible…