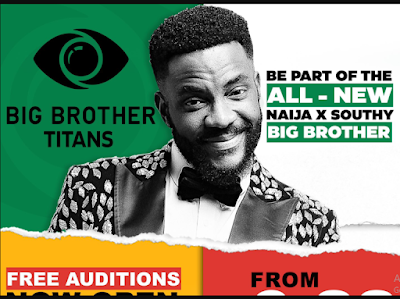 The Labour Party (LP) has warned youths in the nation to avoid getting sidetracked by the Big Brother Titans (BBTitans) ahead of the general election. The LP claims that the opposition sponsors the BBTitans in order to divert youth attention in order to prevent young people from casting their votes for their favoured candidate.
The purpose of this news conference, he stated, is to inform the young, dynamic Nigerians of the hidden motive that lies behind the new reality show called “The Titans.”
“We have reliable evidence that it is being financed by one of the major opposition parties to divert Nigerian youths from changing the leadership that has put them in risky situations filled with extreme poverty.

“As a party with the express purpose of transforming our beloved country into a place where ‘japa’ will be seen as a taboo, is being threatened by an opposition that despises the Nigerian youths with a burning hatred.

The ‘Big Titan’ or ‘whatever they name it’ will divert

On February 25, Nigerians will vote to choose a new leader.

About 40 days before the elections, on January 15, BBTitans is set to launch. It will finish on April 2 after 77 days.

The LP Presidential Campaign Committee’s (LP-PCC) spokesman, Yunusa Tanko, said at a briefing in Enugu on Wednesday, according to NAN.According to Tanko, the purpose of the programme is to keep young people from voting on election day.

Additionally, according to Tanko, one of the sponsors of the reality show was “The Big Brother Naija finished not too long ago; why the ‘Titans’ now when we are facing a significant election that will determine the future of the Nigerian youths?” As a party, we are not against reality television because it helps Nigerian kids escape poverty, but for the time being, it should be postponed for the benefit of everyone. This must happen following the conclusion of the general elections.

“Those organising a reality show now, as we are counting down the days till the general elections, are enemies of the Nigerian young and, by extension, of all well-intentioned Nigerians.”