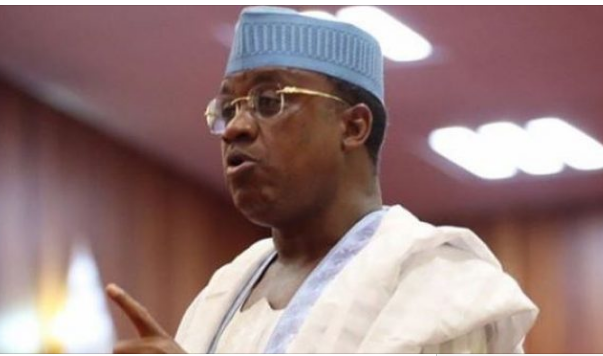 Kabir Marafa, senator representing Zamfara central, has accused Abdulaziz Yari, governor of the state, of being responsible for the violence in the governorship primary.
Many were reportedly injured during the exercise while election materials were allegedly snatched by the state government officials.
Thereafter, Abubakar Faki, chairman of the election committee, cancelled the exercise.
In a statement on Thursday, Yekini Nabena, acting spokesman of the APC, said a new date will soon be announced.

“The Prof. Abubakar Faki-led All Progressives Congress (APC) Zamfara state governorship primary committee has announced the cancellation of the primaries held in the state due to election malpractices including snatching of election materials and result sheets by the state’s government officials which were taken to the government house, Gusau,” the statement read.
“The process was also marred by violence. Subsequently, the party’s national working committee (NWC) has approved the cancellation of the governorship primaries. A new date will be announced soonest.”
Reacting, Marafa said Yari “set the state on fire” in a bid to subvert the people’s will.
The senator said shortly after the distribution of election materials, agents of aspirants raised the alarm that the available ballot papers were not up to 10 percent of the registered party members in their wards.
He said it was agreed that option A4 would be adopted after Adams Oshiomhole, national chairman of APC, spoke with all the aspirants.
“Yari set the state on fire just to perfect his plot to upturn the people’s will and impose on them stooges with the sole aim of continuing with his misrule through proxies after May 29, 2019,” the senator said in a statement.
“The chairman called, chief Adams Oshiomhole spoke individually with all the aspirants, in the end all the aspirants agreed that the ballot papers should be set aside and direct method of people queuing behind the candidate of their choice be adopted.
“It is pertinent to mention here that governor’s candidate lost in all the wards where elections held. I was leading in all the wards.
“Hours after the cancellation desperate governor Yari went on air to announce that election will continue today (Thursday) without even condoling and sympathizing with the families of the deceased and the injured persons.”
Yari is backing Mukhtar Idris, finance commissioner, for the party’s ticket.