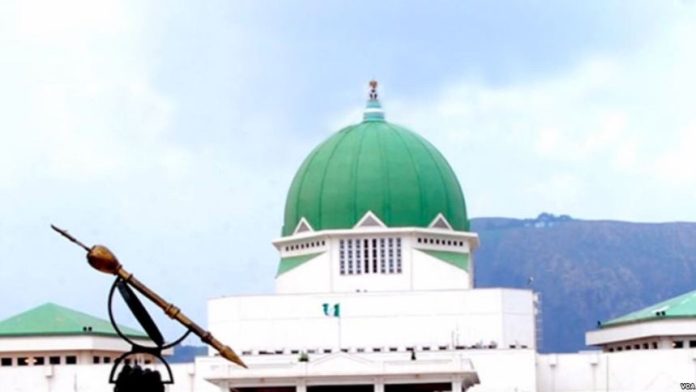 Staff working in the National Assembly, operating under the Parliamentary Staff Association of Nigeria (PASAN), on Monday, embarked on a protest over failure of the management to implement minimum wage.

The workers who  converged on the lobby of the white house of the National Assembly with placards accused  the management led  by the Clerk to the National Assembly, Ojo Amos, of failing to implement the agreements earlier signed with them in a Memorandum of Understanding.

PASAN condemned the action of the Chairman of the National Assembly Service Commission (NASC) for breaching the memorandum of understanding (MoU) entered into in 2021.

A copy of the resolutions to embark on protest dated 6th January 2022 and addressed to the Clerk to the National Assembly (CNA)  showed that the association raised six fundamental breaches by the NASS management that triggered the protest.

The resolution, which was signed by the association’s Chairman, Comrade Sunday Sabiyi, and the Vice-Chairman, Comrade M.A. Liman, accused the NASC and NASS of deliberate contempt of their MoU which was agreed on 14th April 2021, stating that “there would be full implementation of the new National Minimum Wage Act, 2019, and the Revised Condition of Service.”

Part of the resolutions read: “Following the Management’s breach of the Memorandum of Understanding entered with PASAN on the 13th April 2021, on the full implementation of the new National Minimum Wage Act, 2019, and the Revised Condition of Service, Congress hereby put the management on protest noti