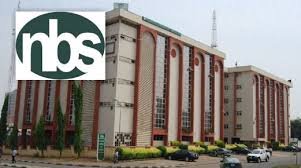 The National Bureau of Statistics (NBS) says it is training 52 enumerators for the conduct of National Agricultural Sample Census (NASC) in Nasarawa State.

Statistician – General of the Federation, Prince Adeyemi Adeniran, said this at the training of the enumerators on Friday in Lafia.

Adeniran, represented by the Head of NBS office in Nasarawa State, Mr Bem Benjamin, said the exercise was to equip the enumerators with the requisite skills to generate accurate agricultural data for the country.

He said that the data generated would help the government to plan effectively towards eradicating hunger and guarantee food security in the country.

Adeniran added that other stakeholders that required statistics for various uses would also benefit from the agriculture census.

He explained that 3,096 enumerators were being trained nationwide to carry out the census within 50 days after the training.

According to him, four enumerators each will be posted to cover 40 clusters in each of the 774 Local Government Areas across the country.

He called on stakeholders, especially local government chairmen, to assist the enumerators in their localities to carry out the assignment effectively.

Mr Daniel Agyeno, Nasarawa State Commissioner for Finance, Budget and Planning, who declared the training open, said its historic since the last exercise held in 1993/1994.

Represented by the Acting Statistician -General of the state, Isa Abdul-Osama, the commissioner said the census would provide uniform, comprehensive, accurate and reliable agriculture data for Nigeria.

“Through the agriculture census, producers can show the nation the value and importance of agriculture and can influence decisions that will shape the future of Nigeria agricultural sector.

“Thus, to ensure the existence of robust and reliable statistics, we are determined to entrench a system that will eliminate the attitude of falsifying information,” he said. According to News Agency of Nigeria, the commissioner advised the enumerators to do their best to get accurate data from the field that would help to refocus agriculture statistics for effective service delivery.