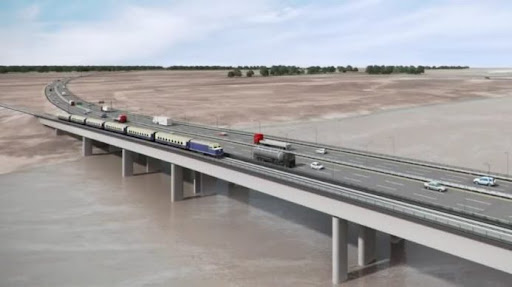 Tolls on the Second Niger Bridge, according to Ohanaeze, will hamper Buhari’s administration’s accomplishments.

The Federal Government’s plan to erect a toll booth on the recently built Second Niger Bridge has been denounced by the Ohanaeze Ndigbo, the Igbo people’s highest sociopolitical body.

As you may recall, the FG ordered a temporary opening of the bridge, which it claimed was 95% finished, to reduce traffic during the holiday season.

Tolls would be applied to the bridge when it starts full operation, according to Babatunde Fashola, Minister of Works, in order to fund maintenance.

Kicks from Ohanaeze Alex Ogbonnia, the Ohanaeze Ndigbo’s publicity secretary, responded to the notion by arguing that tolling the bridge would be inappropriate.

would impair the performance of President Muhammadu Buhari’s administration.

He further criticized the action, claiming that charging for a project that was financed by public money would be unfair to the local populace.

Tolling the bridge will equate to “impoverishment,” in Ogbonnia’s words. Does Nigeria have any more highways with toll gates? This is odd, then. It is comparable to taxing people excessively.

“These dishonest military or security personnel are extorting money from the public, and the government is punishing them by installing another toll gate,”

“Except for the one they’re proposing, there are no other toll gates in any other region in Nigeria. Their justification for a toll gate will be impossible to reconcile. That is not right.