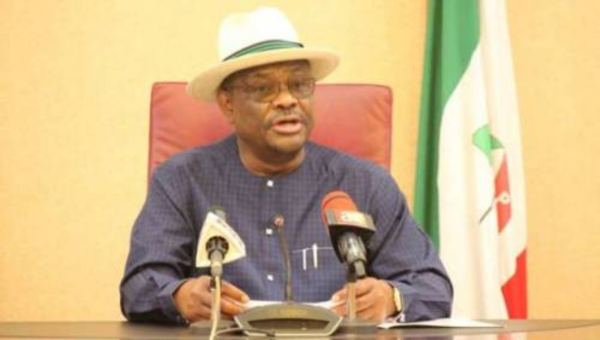 Nyesom Wike, the governor of Rivers State, has stated that if illicit bunkering and artisanal refining of crude oil continue unabated, Nigeria’s economy will stay fragile and weak, suggesting that security agencies are participating in the criminal activity.

On Friday, Wike made the remark at the commissioning and presentation of 14 ballistic gunboats to the Nigerian Navy, Army, Police, and Nigeria Security and Civil Defence Corps at NNS Pathfinder, Naval Base, Rumuolumeni in the Obio/Akpor Local Government Area, which was donated by the Rivers State Government.

The governor claimed that security officers who were heavily involved in the illicit business or provided cover for the criminals were to blame for the seeming dissatisfaction in the fight against illegal crude oil refining.

Wike’s assertation was contained in a statement signed by his media aide, Kelvin Ebiri, and made available to newsmen.