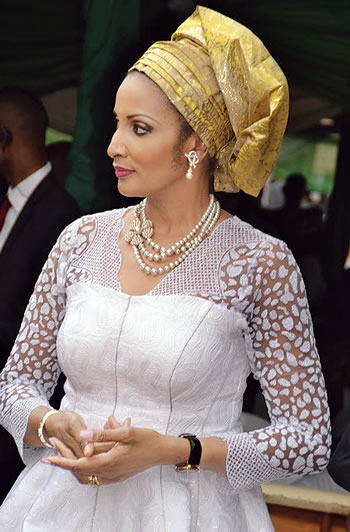 Nigeria’s former Ambassador to Spain, Bianca Ojukwu, has lost her bid to contest the Senate seat in 2019.
Bianca, the widow of the late Dim Chukwuemeka Odumegwu Ojukwu, failed in her bid for the Anambra South All Progressives Grand Alliance, APGA, ticket.
Bianca was beaten by Prince Nicholas Ukachukwu.

In the keenly contested primary held at the Ekwulobia township stadium in Aguata, Ojukwu polled 177 votes to Ukachukwu’s 211.

There was a heavy shooting at the venue of the primary before the election which disrupted proceedings for a while.

The former beauty queen was supported by Governor Willie Obiano. An oil magnate, Chief Ifeanyi Ubah, bidding for the same ticket, was disqualified by the party earlier in the week.

The Ekwulobia stadium was under heavy security as Commissioner of Police, Garba Umar was personally there to ensure there was no breach of the peace.