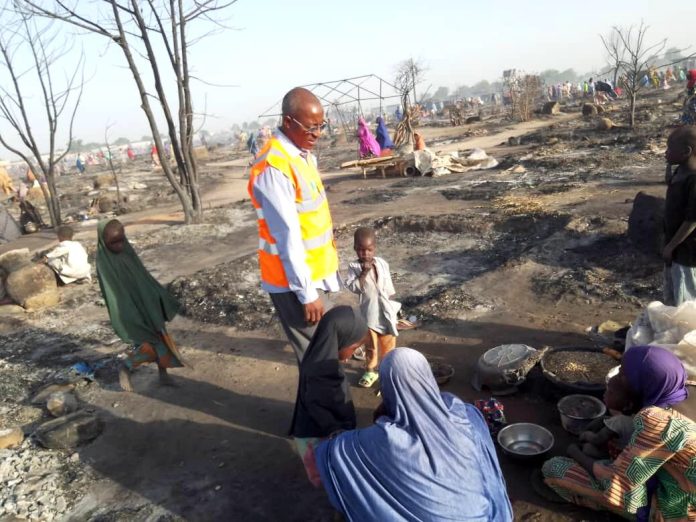 One person has been confirmed dead with unspecified number of Internally Displaced Persons, IDPs injured when a fire suspected to have emanated from a cooking point escalated in Muna Elbawawi, near Maiduguri, the Borno State capital.

The incident which took place at about 1.30 pm on Friday, also razed down over one hundred shelters, leaving hundreds of IDPs stranded and displaced from the camp.

This is even as it has become a routine, and not a surprise, as specified number of IDP camps hosting millions of IDPs in the state do experience fire on yearly basis.

“The fire incident is suspected to have been caused by cooking fire from one of the shelters.

“Officials of NEMA, Nigerian Red Cross Society and other stakeholders promptly responded, and administered first aid to the injured victims, as we regretted that one life was lost in the inferno”. Ibrahim stated.