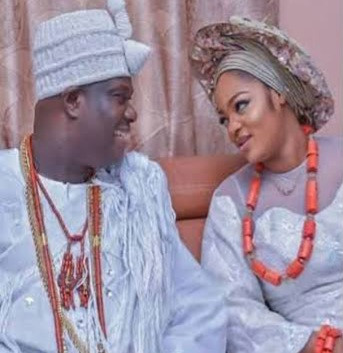 The Ooni of Ife and Olori Silekunola Moronke Naomi have reportedly reconciled after a meeting between some elders and Naomi’s family.

This claim was made by Prince Eniola Ojajuni, a former Ondo State governorship candidate of the New Nigeria People’s Party (NNPP).

As an indigene of Ondo state, where Olori Naomi is from, Prince took to Facebook to give updates on the Yoruba royal couple’s relationship.

He claimed that elders from the Ooni’ side (Ile Ife) and elders from Akure, where Olori Naomi is from, met on the evening of Wednesday, Dec. 29, to help reconcile the couple.

He alleged that the meeting held in Akure and that the Olori’s mother “asked for forgiveness” on her daughter’s behalf.

“Battle is over!” He wrote alongside a photo of the Olori being led to a waiting car by Palace aides and uniformed officials. 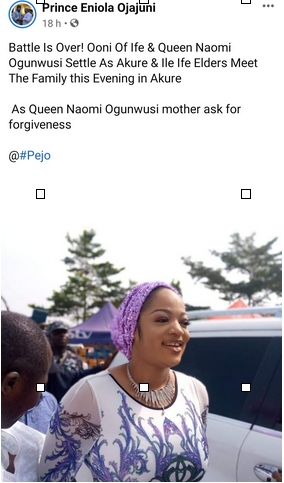 He shared another post, welcoming the Olori back to the source (palace). 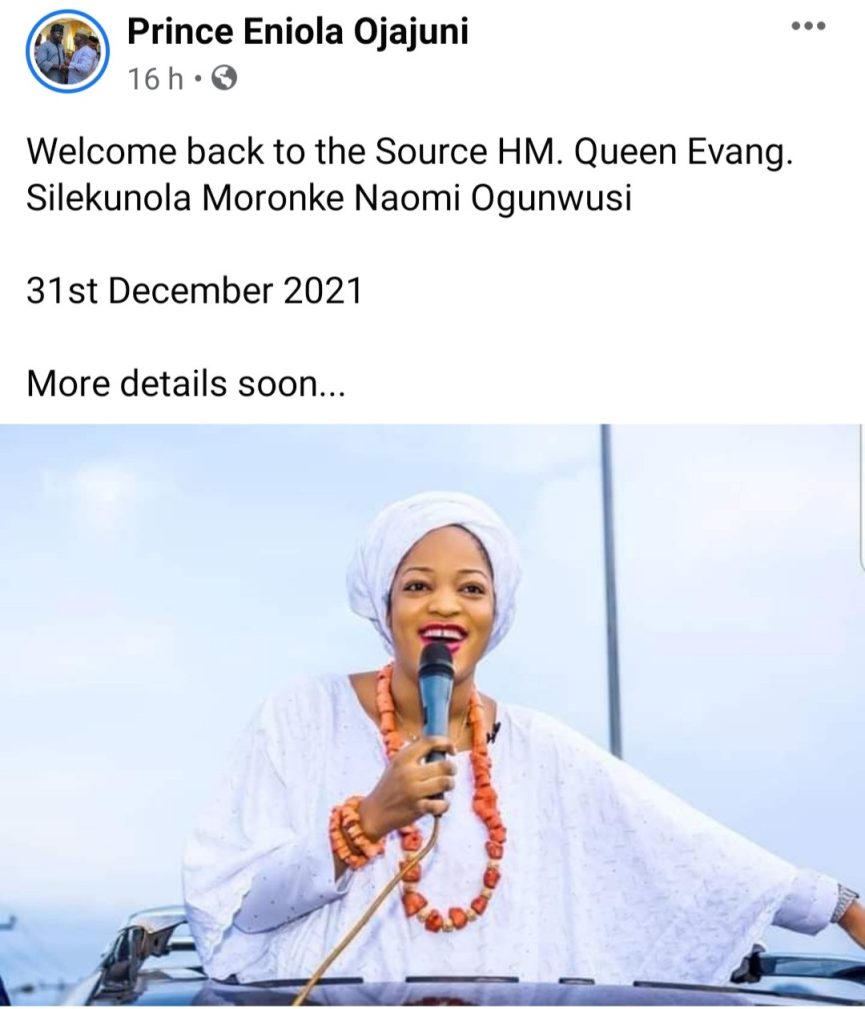 Despite Prince Eniola Ojajuni’s claim that the couple has reconciled, Olori Naomi’s post announcing the end of her marriage to the Ooni remains on her Instagram account.