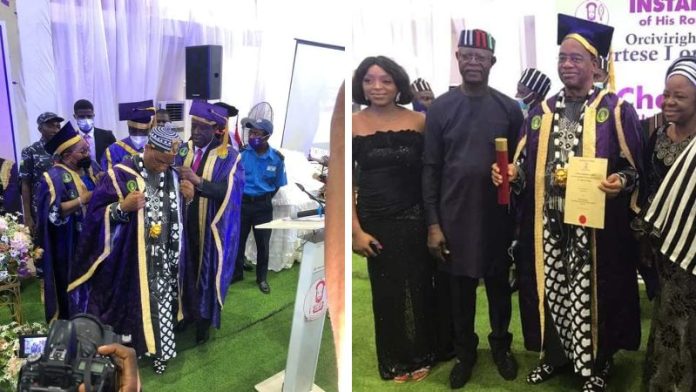 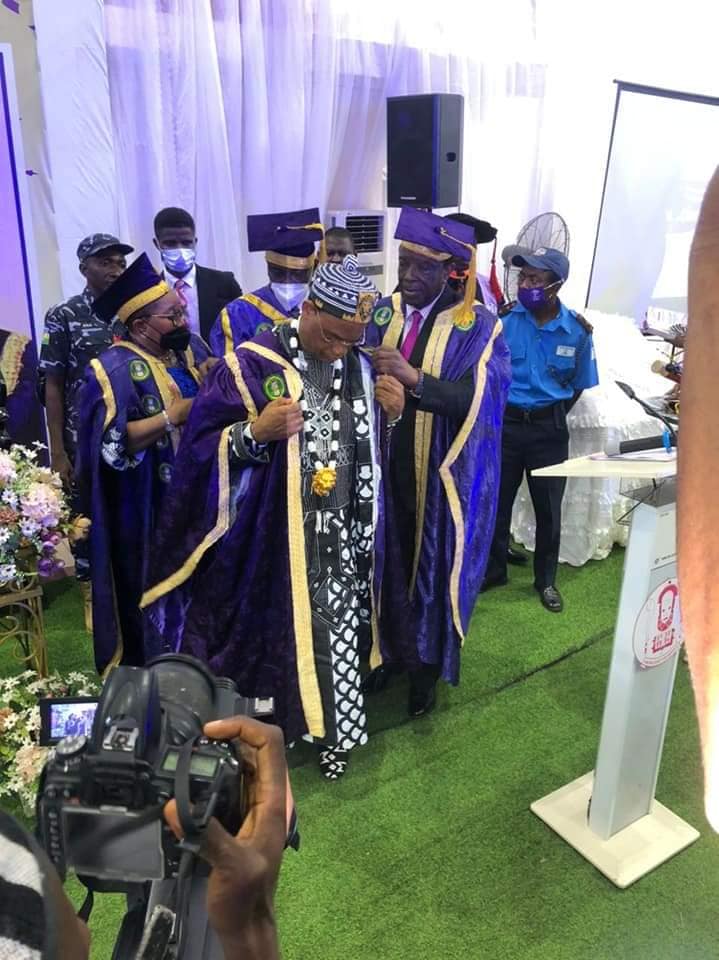 The event which was held at the Indoor Sports Hall of the Ugbowo, Benin campus of the University was attended by Governor Samuel Ortom, who was represented by his deputy, Engr. Benson Abounu. 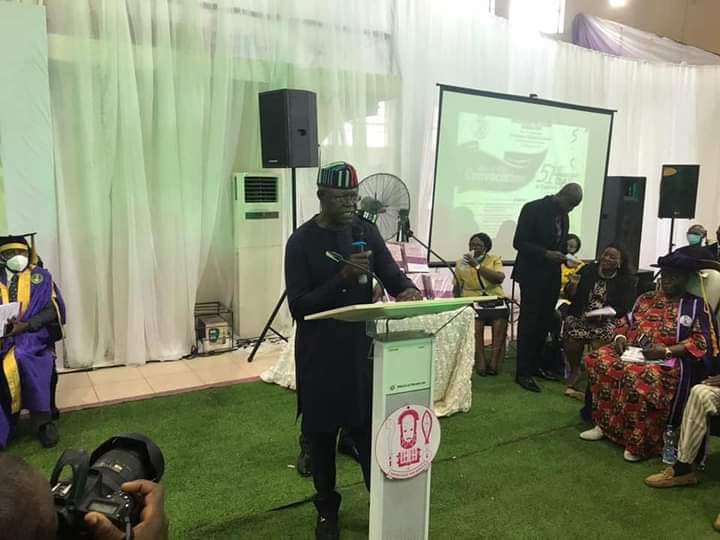 At the Special Convocation Ceremony, His Royal Majesty was conferred an honorary degree of Doctor of Science (DSC) (Honoris Causa) of the University of Benin following the recommendation of the Senate and approval of the University Council. 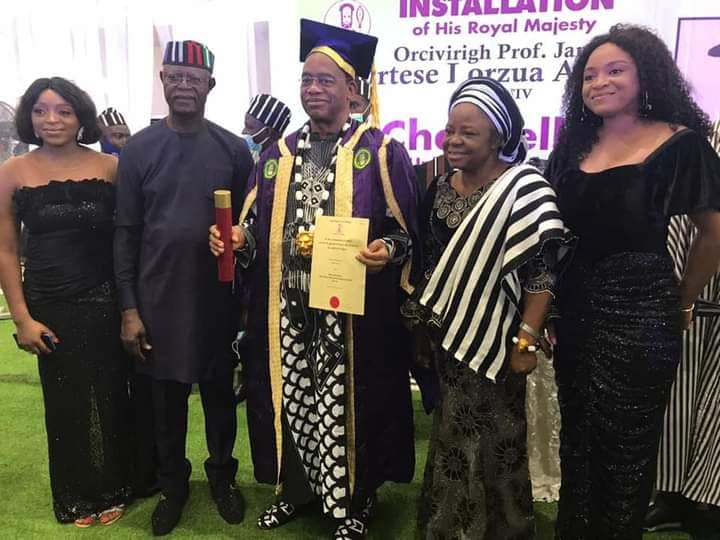 The installation was followed by the launch of a book, 50 Years of the University of Benin, 1970 – 2020 edited by Osarhieme Benson Osadolor and Lilian Imuetinyan Salami. 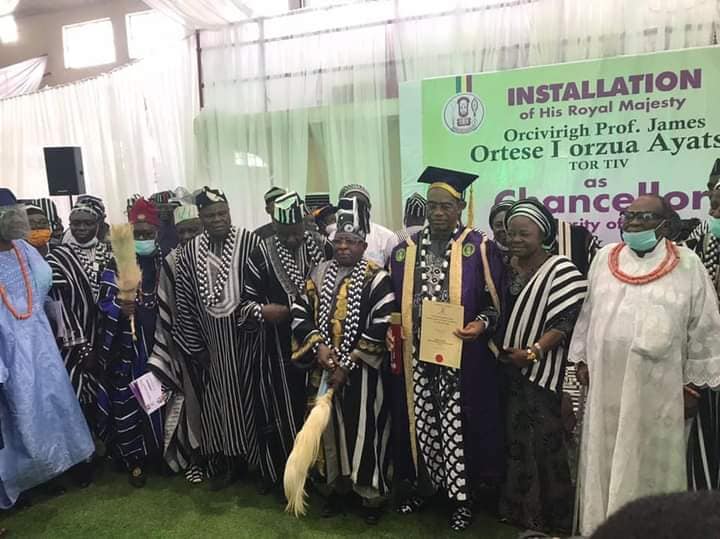 The Tor-Tiv was accompanied by many dignitaries, among them traditional rulers from the state, such as the Tor Lobi, Chief Moses Anagende, the Oche Apa/Agatu, Chief Baba Odangla, the Adirahu Ny’ Igede, Chief Oga Ero, CP, the Tor Kwande, Chief Ambrose Iortyer, and the Ter Tyoshin, Chief Daniel Abomtse.