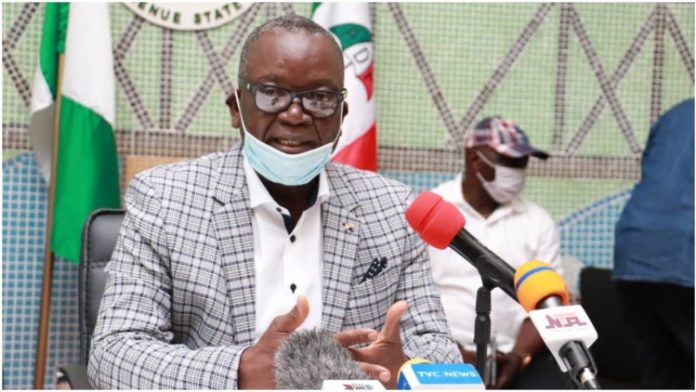 He has also forwarded names of eight new commissioner nominees to the State House of Assembly for screening and confirmation.

The dissolution took place Tuesday, 4fh January, 2022 via a letter titled: “Partial Dissolution of the Benue State Executive Council,” a copy of which was released to the press and was signed by Secretary to the State Government, SSG, Prof. Tony Ijohor, SAN.

According to the letter, Commissioners for Agriculture and Natural Resources as well that of Commerce and Cooperatives, Dr Timothy A Ijir and Barr Merga Kachina respectively were dropped while eight commissioners retained their positions.

Commissioner nominees whose names were forwarded to the State Assembly for screening and confirmation include Terna Kester Kyenge from Logo, Engr Uungwa Sachia Jude from Gwer West and Barrister Agbatar Rodney Williams from Vandeikya.

The Governor who expressed profound appreciation to the outgoing commissioners and wished them well in their future endeavors, urged them to hand over to their respective permanent secretaries immediately.