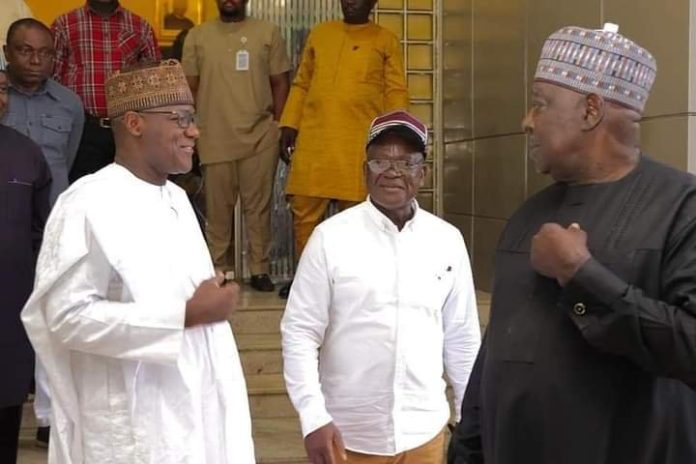 Benue State Governor, Samuel Ortom with former Speaker of the House of Representatives, Hon. Yakubu Dogara and former Secretary to the Government of the Federation, Babachir Lawal today held a secret meeting at the Benue State Governor’s Lodge, Asokoro, Abuja.

Although the agenda of the meeting was not made public, it was gathered that the meeting was initiated by the governor to possibly woo the two All Progressives Congress chieftains into joining the Peoples Democratic Party.

Both Dogara and Lawal had voiced their opposition to the Muslim-Muslim ticket of the APC.

The dignitaries however did not talk to the press.