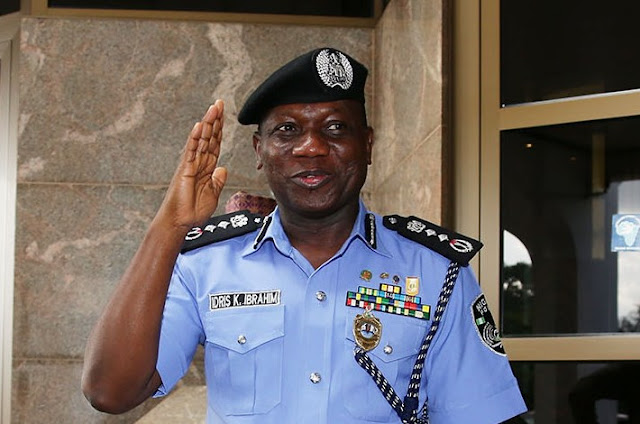 The Inspector General of Police, Ibrahim Idris on Friday refuted claims that security agencies harassed and arrested election observers and journalists in the just concluded governorship election in Osun State.
Idris insisted that no election observer and journalists were arrested by his men during the just concluded election.
In a statement issued by the Force spokesperson, Jimoh Moshood, Idris also commended men of the Force for their professionalism during the election.
The statement reads, “The Inspector General of Police, IGP Ibrahim K. Idris, NPM, mni has expressed utmost satisfaction with the implementation of the Robust Security Arrangement for the Osun State Gubernatorial Election and commends the Deputy Inspector General of Police, Department of Operations, the entire Police Personnel, Officers and Men of other Security and Safety Agencies under the Inter-Agency Consultative Committee on Election Security (ICCES) deployed for Election Security during the just concluded Osun State Gubernatorial Election on Saturday, 22nd September, 2018, and the Re-run election of Thursday, 27th September, 2018.

“The IGP appreciates the commitment and civility of the entire security personnel in ensuring adequate security and conducive environment for a credible Gubernatorial Election in Osun State.
“The IGP further extols the high-level professionalism, politeness, firmness and unbiased conducts of the Police Personnel, before, during and after the election. The Nigeria Police Force equally appreciates the law-abiding attitude and peaceful conduct of the good people of Osun State, the Independent National Electoral Commission (INEC), Election Monitors/Observers, Civil Society Organizations (CSOs), the Media and other critical stakeholders for a good working relationship with the security personnel deployed for the election. The good disposition and spirit of sportsmanship exhibited by most of the political parties in the election which doused fear and tensions during the election is gratifying and highly commendable.
“As a lead security agency in election security in a democracy, the IGP further commends the entire security personnel deployed for the election for their personal sacrifice, collective patriotism and commitment in ensuring that the election was conducted in an atmosphere of peace devoid of any breach of public peace and security throughout the period of the election, the Commissioners of Police and their personnel in the States contiguous to Osun State who were placed on Red Alert by the Inspector General of Police are equally appreciated.
“The impressive performance of the Police personnel to ensure law and order and a successful election is a clear testimony of the capability of the Nigeria Police Force in its renewed commitment to continue to adhere to International Best Practices in the conduct of elections in the country now and in the future.
“It is imperative to state that, there was no any Election Observer, Journalist or Electorate arrested, detained or prevented from carrying out their statutory civic responsibilities/duties during the period of the Election. There were also no official complaints of violence or injury to persons reported by any individual(s)/group at any Police Station/Division in all the Seven (7) Units where the re-run election were held on 27th September 2018, however, any member of the public with any complain now should do so at the nearest Police Station for immediate investigation.
“Members of the public are hereby implored to disregard and discountenance claims in some certain sections of the media that the security agencies intimidate Journalists, Election Observers and voters during the re-run election as untrue, unfounded and entirely hear-say.
“The Nigeria Police Force will continue to sustain and improve on the election security successes recorded in the Gubernatorial Elections in Edo, Ondo, Anambra, Ekiti States and the just concluded Gubernatorial Election in Osun State as an index for the conduct of subsequent elections in the Country.”