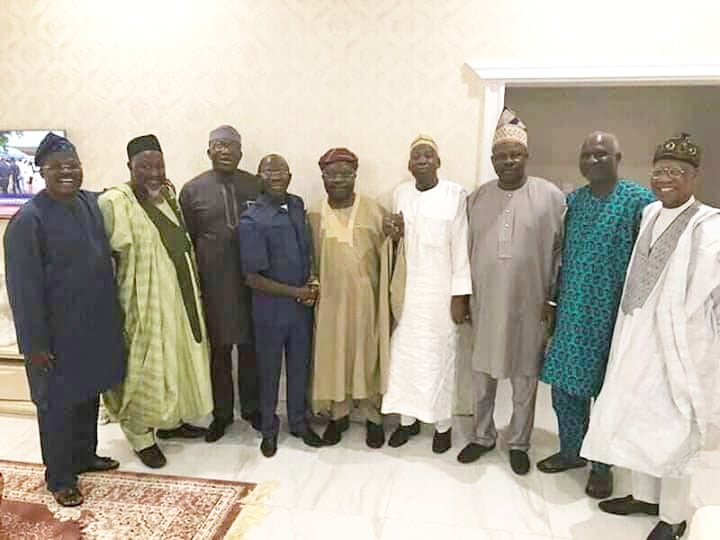 Nigerians have taken to social media to react to news that Iyiola Omisore, candidate of the Social Democratic Party(SDP) for the 2018 Osun state governorship election has joined forces with the ruling party. The news was received with mixed feelings by many social media commenters.
While some blasted the All Progressives Congress(APC) for going back to beg Omisore to join forces with them in oder to attain victory after calling him a ‘murderers’, others were on Omisore’s side.
There have also been reports that Omisore was bribed with slots in Oyetola’s cabinet, senatorial ticket and cancellation of corruption charges among many others.
See reactions below

Omisore sold Osun to APC*
APC gave him 480 Million# Cash, offer him ticket to Senate, 2 House Of Reps ticket, 2 commissioners in Oyetola’s cabinet and to drop all EFCC cases against him and return his International passport, which has been with EFCC for almost a year.
Goodluck!
— B O L A N L E. C 🇳🇬 (@bolanle_cole) September 26, 2018

I know a lot of you may want to blame OMISORE for being insensitive if this analysis play out but before you play the hypocritical card recall that PDP had been complacent and irresponsible with the way they handled his exit. He spent money to no avail and they called his bluff. pic.twitter.com/C8mJ62KNcs
— SEGA L’éveilleur®

APC meeting with Omisore is another low! This is a man you claimed killed Bola Ige, you dragged him when you came to power for his contributions in “rigged” Ekiti election in 2014 & seized his international passport. Now you went to “appease” the same man!
Baabu integrity!
— Opeyemi Babalola (@CACCOT1) September 26, 2018

Many of you will be here to condemn Omisore for doing exactly what you could have done even for less.
We Nigerians are survivors and that’s the fundamental problem. We make the best of today because the future has no guarantees.
Still rooting for a PDP win on Thursday tho.
— Kelvin Odanz (@Kelvin_Odanz) September 26, 2018

Oshiobaba Called Omisore a Killer on the Podium while Campaigning for Oyetola just Last Week Tuesday Today, he is a Beautiful Bride

Funny thing is that APC might still VERY LIKELY lose the Thursday rerun election and also lose massively in 2019. The only way this whole thing becomes a win for Omisore if he collects his money before Thursday and leave the rest for fate
— Kelvin Odanz (@Kelvin_Odanz) September 26, 2018

PDP are crying already. 😂 #OsunDecides2018
You sent Mesujemba and his ghost-worker aides to Omisore, APC went with a squad of Govenors and APC Chair. What do you expect?
— Abu Rayyan (@Abdulrahmanleme) September 26, 2018

Dear Sen. Omisore @iyiomisore, #BeforeYourPressConference
How much is the freedom of your people worth? How many millions? How much? A Leader is the man who shows his people the pathway to liberty, freedom and development. Let their pains speak to your conscience Sir.
— Henry Shield (@henryshield) September 26, 2018