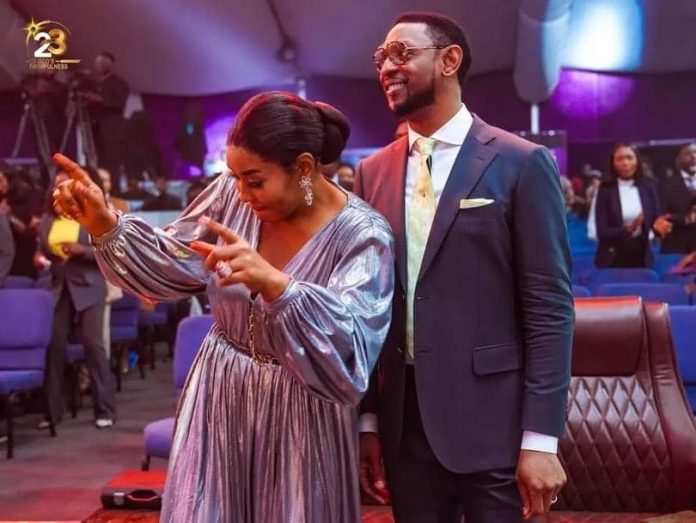 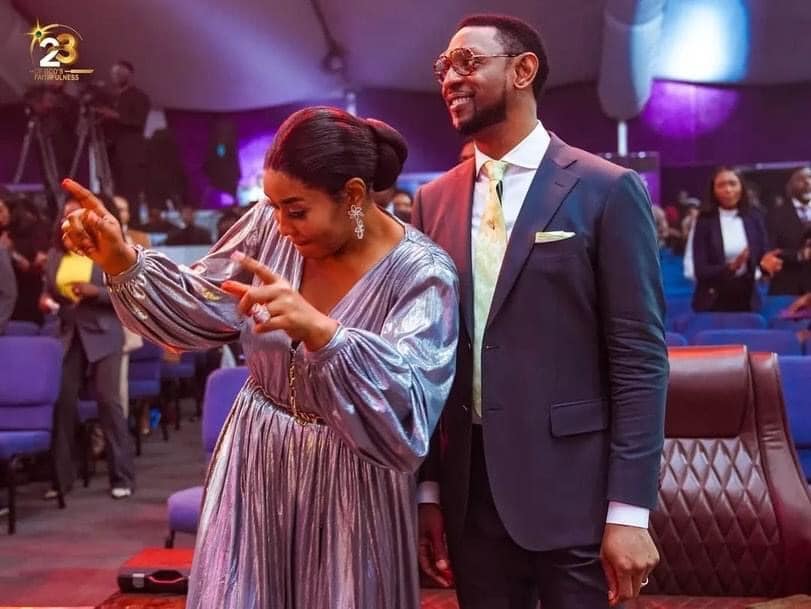 In case you did not know, the Commonwealth Of Zion Assembly (COZA), celebrated their 23rd anniversary this week. In their mid-week service which they call COZA Tuesday, there was a huge celebration with gospel musicians like Chioma Jesus and Elijah Daniel, invited to minister.
In the course of the service, the global senior pastor, Biodun Fatoyinbo, invited his wife, Pastor Modele Fatoyinbo to the altar because they had a huge announcement to make.
Before he made the announcement, Pastor Biodun Fatoyinbo declared that it is not easy to see someone you don’t like progress, and that whatever you love, you attract.
He then announced that they had plans to buy some land, but he did not know where the money would come from, and because of the way he was trained to do ministry, he could not go about calling people and talking to people to give money. He declared that although he loves their current location at Guzape, they had outgrown the place!
“The land is really good,” he said. “We’re seeing schools, halls in thousands, people checking into hotels, no more children facilities that are not enough,” he said as the congregation screamed with excitement.
“This land is huge. I’m talking hectares upon hectares. It’s a stone throw from the city gates. I brought her (Pastor Modele) on stage to announce to you that we have the money!”
Pastor Modele then took the microphone and said that God had outdone himself, and that the good work he had began, he would finish it.
“When we were building this place, we had the chance to buy a 2 million and a 5 million naira tent, but we went for a 2 million euro tent made in Germany because we always give God the best,” she said.
She then announced that they were building COZA City!
Pastor Biodun then thanked everyone who was a part of the project. He said that for this project, people were just giving, and every first fruit that came to the church went to the project. In fact, he said that he gave what he had never given in his life for this project to be a reality.
He then declared that God told him that COZA City would be an address. He went on to thank his mentors.
“I want to thank Pastor Matthew, he was phenomenal. I want to specially thank Bishop Oyedepo, he was always calling to ask about the land. Even this morning, Bishop Abioye called to find out what was happening.
“All that is left is just for our lawyers to do some more work. You know, the guys we’re buying from are not in Nigeria. The land is a prime place. Once it’s finished, you’ll see it on the internet that we have bought it.
“And I want you to know that we did not take a loan for this land. This land cost billions upon billions, and it was all debt free,” he announced.
He then declared that whoever would rejoice with them will have their own. 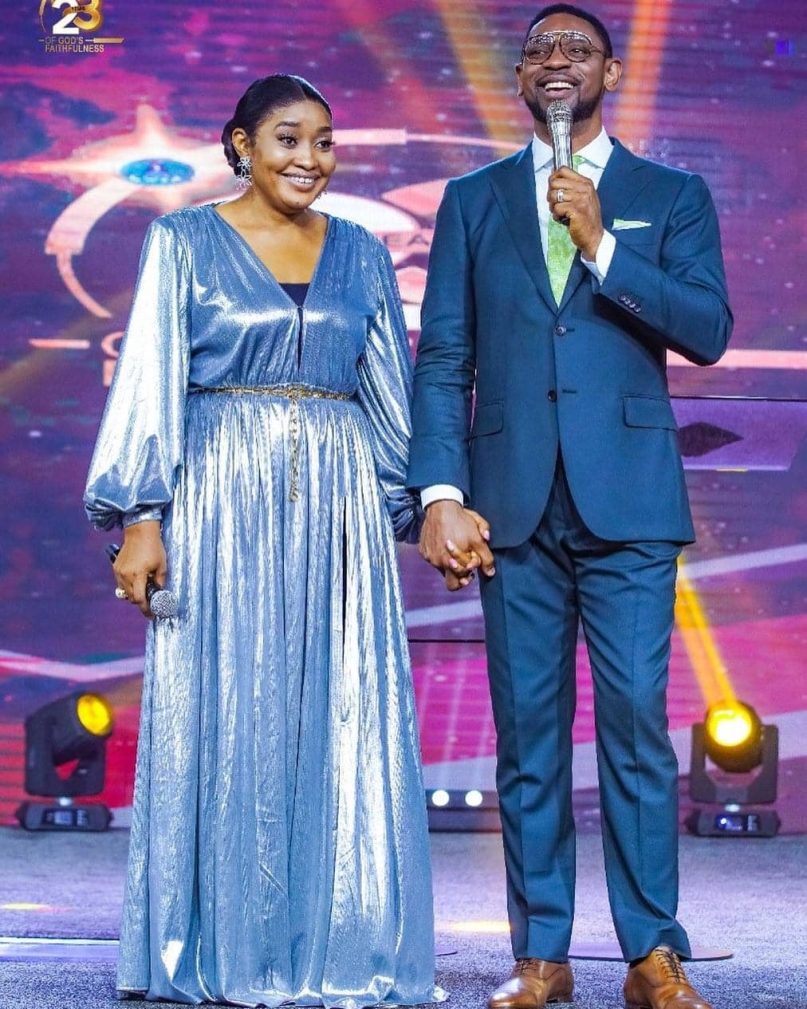