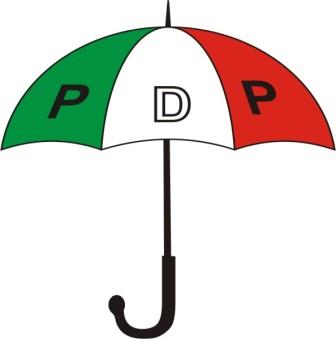 Governor Ayodele Fayose of Ekiti State, Monday, threatened to dump the Peoples Democratic Party, PDP, over what he described as attempt by some people to take over the structure of the party and sidelining those who have been toiling to keep the party together.
Speaking with newsmen in Ado-Ekiti, Fayose alleged that the plot to sideline him and other leaders of the party was as a result of their support for Governor Aminu Tambuwa’s ambition.
His words: “We have no regret aligning with Governor Nyesom Wike to support Governor Tambuwal for the presidential ticket and no apologies either. Fayose “We kept the party alive and strong when most men became ladies. We never compromised.
If any group feels it can do it alone, we will see how far they can go.
“I may renounce my membership of the party if the need arises. “In the main time, I and others will continue with our consultations while watching the turn of events. “We cannot but appreciate leaders that have intervened so far, but this release became necessary to avoid fresh crisis or misrepresentation.”
Urging Fayose to rescind his decision, the PDP appealed to him not to take any decision in anger. Deputy National Publicty Secretary of the party, Prince Diran Odeyemi said: “We appeal to him not to leave the party, he has been an asset and he has benefited from the party.
Even when he left, he still came back to the party, so he should consider all that and not abandon the party when we need him most. He should consider the fact that all those who left the PDP for other parties regretted that they left.
He should not leave now that the likes of Atiku, Bukola Saraki, Aminu Tambuwal are back in the party. God will guide him aright, he should not take any decision in anger.”