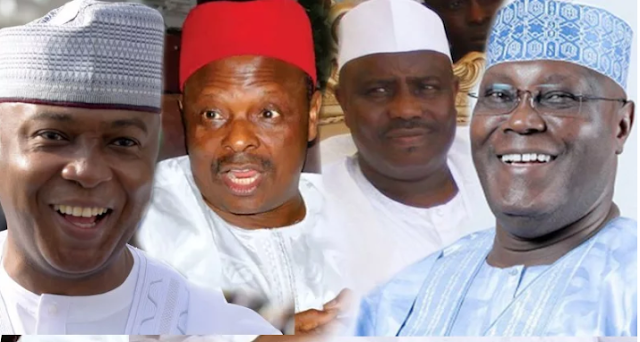 The Peoples Democratic Party, PDP, has said all presidential aspirants on its platform will sign a bond, ahead of Saturday’s National Convention in Port Harcourt, the Rivers State capital.
PDP explained that the move was aimed at ensuring that all aspirants accept the outcome of the poll.
Speaking with Vanguard, the spokesperson of the opposition party, Kola Ologbondiyan said the signing of the bond would stem a possible post-convention crisis.
Ologbondiyan also alleged that despite the plot by the ruling All Progressives Congress, APC, to infiltrate its ranks during the convention, it would emerge from the exercise a more united platform determined to win power at the center in 2019.

He said: “Our resolve to conduct a free, fair, credible and acceptable convention is total and the party is fully committed to this.
‘’This week, all the presidential aspirants will sign a bond not only to accept the outcome of the process but also to support whoever emerges winner of the ticket.
“The PDP has the experience, the capacity and focus to restore our people’s confidence in this nation, having witnessed more than three and a half years of unfulfilled promises by the APC-led government.”