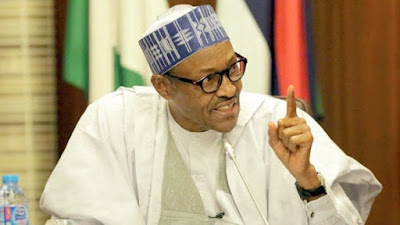 President Muhammadu Buhari has chided Nigerian elite for remaining silent in the face of alleged misrule of the country by the Peoples Democratic Party between 1999 and 2015.
The statement quoted him as saying, “They (Nigerian elite) didn’t say a word. Under the Petroleum Trust Fund, we did roads from Lagos to Abuja, to Onitsha, to Port Harcourt. Since then, the roads were not done, between 1999 and 2015, yet the elite did not say a word.
“I was called Baba Go Slow. Those who were going fast, where did they get to?
“In 1983, military officers gathered and made me Head of State. I packed the politicians into jail, told them they were guilty until they could prove their innocence. We seized what they had looted, but after I myself was put in detention, the politicians were given back what they had looted. How many elite complained about that?
“Three times I contested elections; three times I went to court after the elections were rigged against me. No justice, but I said ‘God dey.’ It was mainly the people that stood by me. That is why I am always conscious of them. They are my constituency. Even pregnant women in the queue would fall into labour, go to have their babies, and still come back to vote for me. I will keep doing my best for the country.”