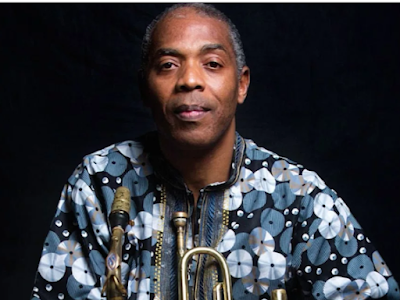 Peter Obi is contesting the 2023 presidential election on the platform of the Labour Party (LP).

Many have criticised the social media behaviour of some of his supporters whom rivals have described as “toxic”.

Obi has had to issue an apology on a number of occasions and dissociated his campaign from certain narratives.

In one of such controversies, Femi Kuti reacted after he was quoted as referring to Obi supporters as zombies.

Through a video he put out on Twitter, the singer revealed that his family and their affair were being threatened.

He said some Obi fans had vowed they would burn the Afrika Shrine over political commentary attributed to him.

“I woke up today to insults, abusing me, my family, and my children. They threatened me saying they would burn the shrine because they said I said Peter Obi supporters are Zombies,” Femi said.

“First, what I said was that I was too angry, sad, and depressed to be obedient. How can anybody come up with such a term? I can’t be obedient. Enders, killings. My grandmother was killed and my father’s house burned.

“The oppression of my family. Obedient is sitting when you’re told to sit. I said Obi was friends with Atiku, becoming his vice president. If they had won, they’d be pals by now. I didn’t call Peter Obi supporters Zombies.”

Femi dissociated himself from the political campaign coinage “Obedient”, adding that he maintains neutrality.

“My family is already heartbroken. If Obi wins and things change, we will all jubilate. But who are you to tell me not to have my doubts? Don’t come threatening me saying you’d burn the shrine. Stop that rubbish.

“Stop insulting my family. They said Portable is better than me. I should be happy that the young are more popular. That’s how it should be. Fela was against [MKO] Abiola and [Olusegun] Obasanjo, yet Nigerians voted for them.

“Then you come back to ask me. I made a song and said these political elites are a part of the problem. They’re going to do the same as the soldiers [of the military era]. They’ve had 22 years and are still not doing [well].”