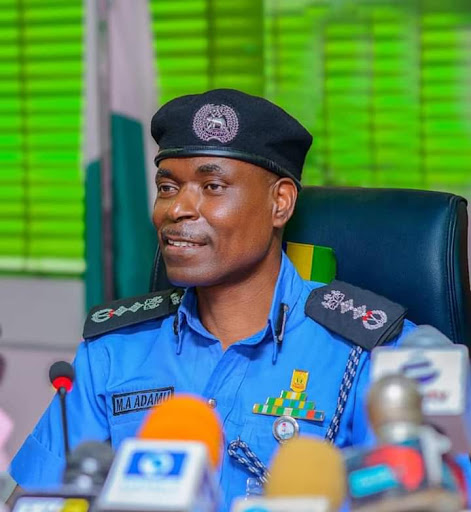 The Inspector General of Police (IGP), Muhammed Adamu has retired seven senior deputy inspectors general of police.
The affected officers are the deputy inspector general of police (DIG) in charge of finance and administration, Maigari Dikko and the DIG in charge of operations, Habila Joshak.
The remaining five DIGs are Emmanuel Inyang, information and communications technology; Agboola Oshodi-Glover, logistics and supply; Mohammed Katsina, research and planning; Sani Mohammed, training and development; and Peace Ibekwe-Abdallah, federal criminal investigation and intelligence.
Their retirement came Sunday, January 27 in the evening, and Nasreports learnt that it would be announced formally later. Frank Mba, police spokesperson’s telephone was switched off at the time of this report.
The seven officers were amongst 15 senior officers reported were likely to be retired on January 17.
The seven DIGs and eight assistant inspectors-general were identified as having joined the police before Mr Adamu, who was appointed on January 15 after the former IG Ibrahim Idris was retired as he attained 60 years.
The seven police chiefs’ departure was in furtherance of the convention that recommends the retirement of senior police chiefs when an officer junior to them in service or lower in rank is appointed to lead the institution.
When Mr Idris was appointed IG in 2016, more than 20 DIGs and AIGs were compelled to retire from service to enable him constitute his management team.
IGP Adamu has now followed the tradition, which has been criticised as wasteful and demoralising because of huge resources the nation had spent on the vast knowledge the officers had acquired over the years.

Thinking of a traditional outfit that can blend into your societal event, you can rock the A’nger u Tiv like Caroline Hutchings.(PHOTOS)