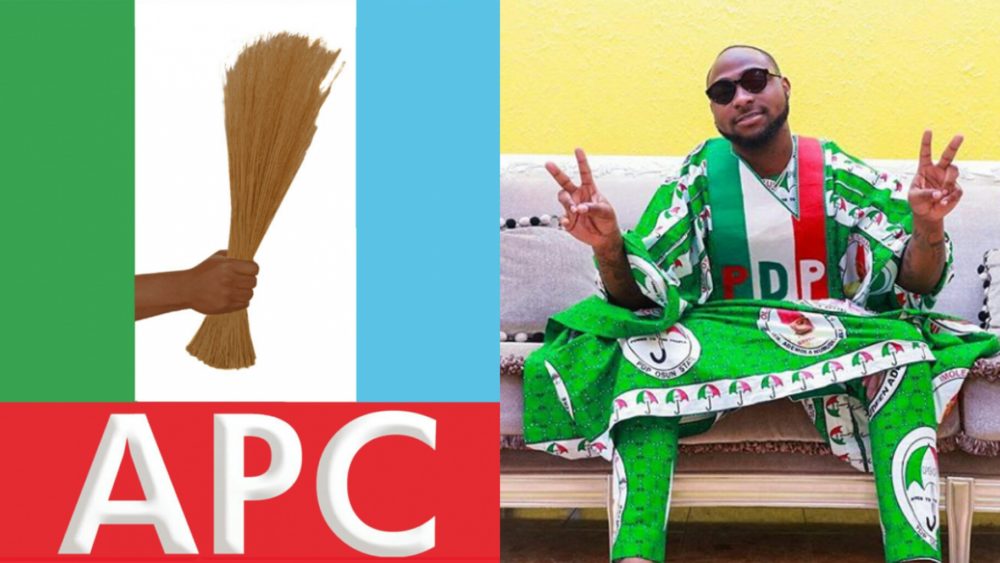 Moments after singer, Davido took to his twitter acccount to reveal that APC is planning on rigging the rerun election in Osun state today, Thursday September 27th.
The party has now reacted to his tweet, saying he is uninformed and too inexperienced to dabble into such issues.
See the exchange below; 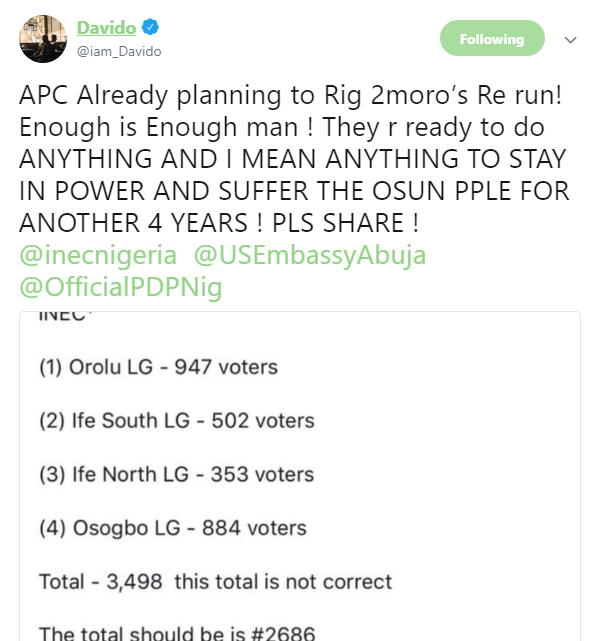 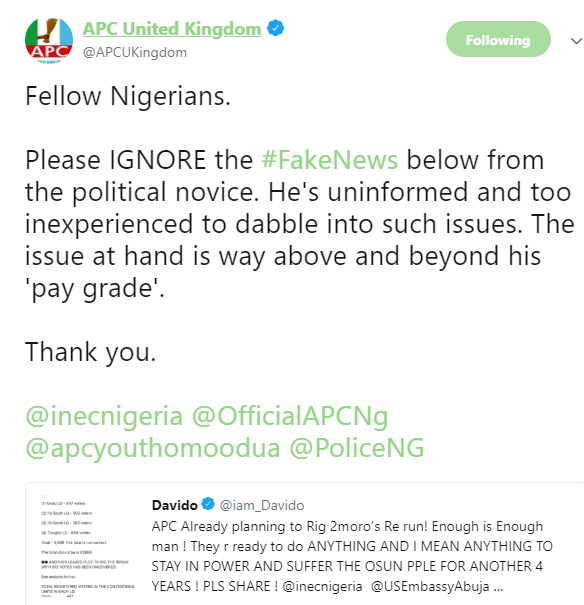