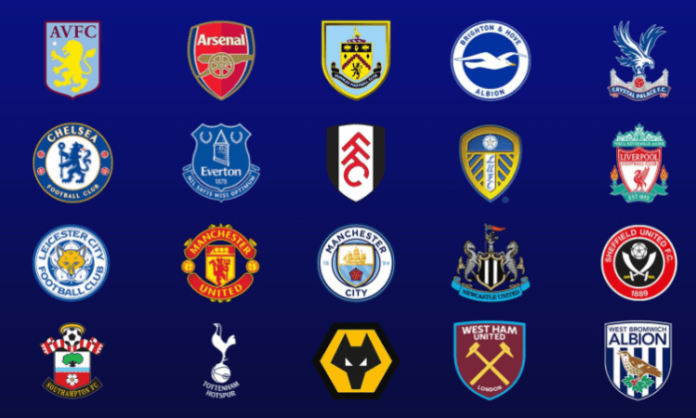 Premier League clubs have agreed to test players up to nine times a week in an attempt to prevent the widespread of Covid-19 caused by the new Omicron variant.

This comes after 42 new cases were identified last week, and two top-flight matches called off.

At a shareholders’ meeting of all 20 clubs today, it was agreed to dramatically increase the level of testing and adopt the new schedule, although Sportsmail understands testing is optional on non-training days.

One PCR test will be on the day before a match.

Since the arrival of Omicron in the UK, a number of clubs have reported outbreaks of the virus, including Tottenham Hotspur, Leicester City, Manchester United, Aston Villa, QPR, and West Bromwich Albion, with Norwich City having one player affected.

Tottenham Hotspur’s match at Brighton was postponed, QPR had to call off Monday’s Championship clash with Sheffield United due to an outbreak and Manchester United’s fixture with Brentford has also been postponed.

The Government and its scientific advisers have made clear that significant protection from Omicron requires double vaccination and a booster jab.

Last week, Professor Paul Hunter, an epidemiologist at the University of East Anglia told Sportsmail that football was in for a ‘difficult time’ and predicted the majority of clubs would experience an outbreak.

The Premier League working hard to meet the challenge posed by Omicron. It said last night: ‘The safety of everybody is a priority and the Premier League is taking all precautionary steps in light of the recent rise in COVID-19 cases across the country.

‘The League has reverted to its Emergency Measures, and will increase the frequency of both Lateral Flow and PCR COVID-19 testing of players and staff.

‘The Premier League’s COVID-19 Emergency Measures, which are applicable to all clubs, include protocols such as wearing face coverings while indoors, observing social distancing and limiting treatment time. These are in addition to the more frequent testing.’

While 100 staff are players are now to be tested at every club in the top flight on a daily basis, the EFL is yet to impose any mandatory testing.