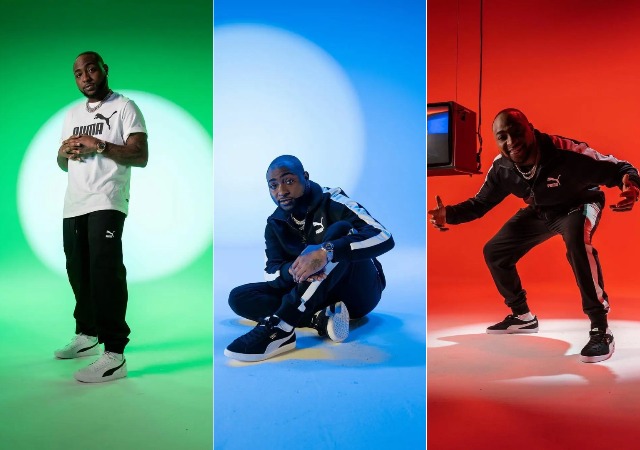 Award-winning Nigerian singer, David Adeleke, affectionately known in the showbiz scene as Davido has announced a collaboration with Puma to develop a 30BG-inspired clothing range.

Puma should establish a fashion line for Davido, according to a fan named @SameOldRexx.

The fan wrote: ”I was hoping they would create a limited edition 30BG line for him.

Davido responded by revealing that it is already in the works. 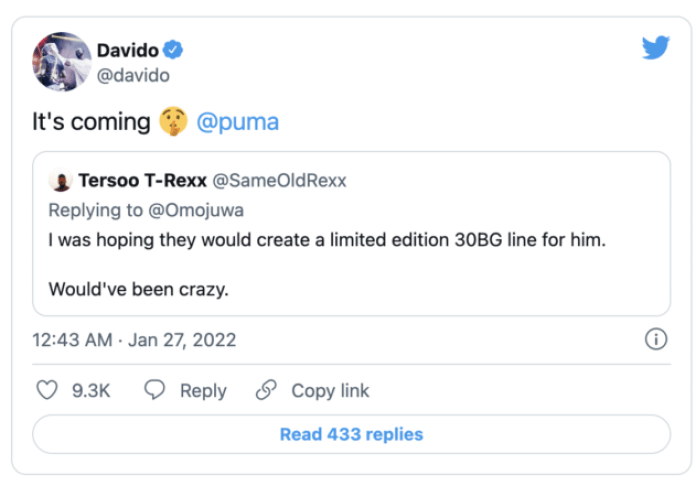 Meanwhile Nigerian On-Air-Personality, Mayowa Lambe has sent a message to any woman thinking to “snatch” her husband just because she’s out of the country.

The media personality is married to OAP Roby Ekpo.

In a video shared to Instagram, she revealed that any woman thinking to snatch her husband will be used to “do surrogate for free.”

Her husband, Roby responded that they will also spend the woman’s money together.

The couple, who have been married for 6 years, currently do not have any child together.

Mayowa has spoken of her effort to get pregnant through IVF in Nigeria and how that effort was frustrated due to the incompetence at the hospital. 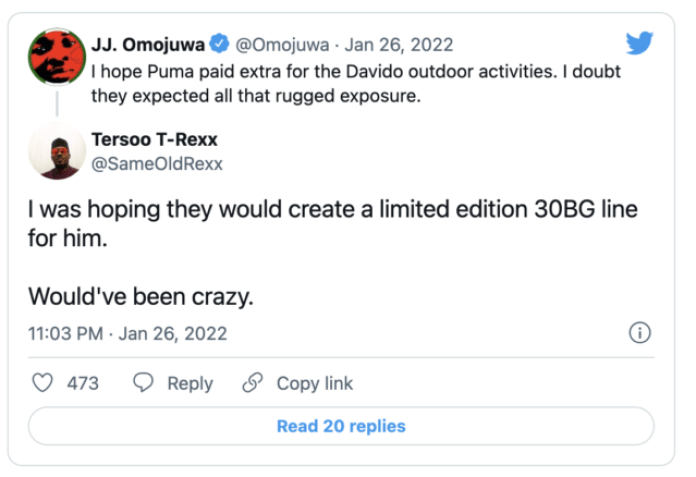