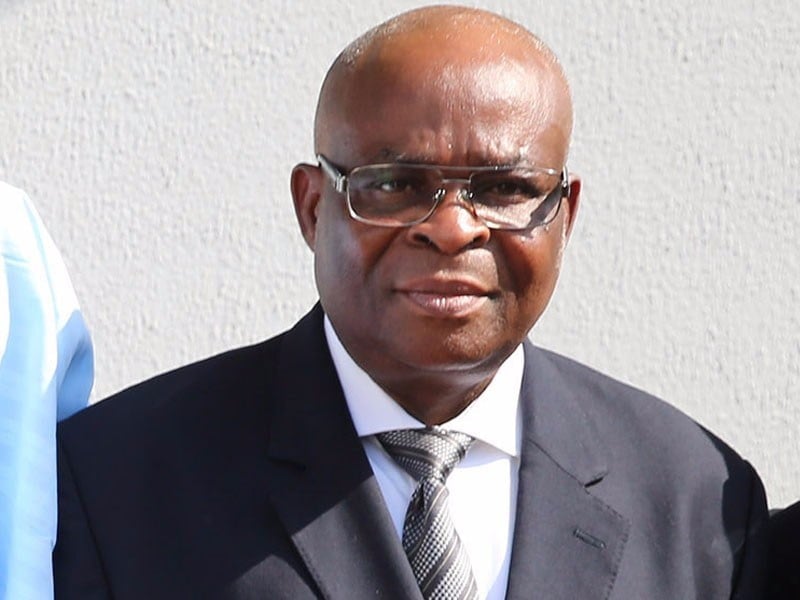 The suspension of the Chief Justice of Nigeria, CJN, Walter Onnoghen has continued to cause controversy across Nigeria.
Buhari had last week suspended Onnoghen and immediately appointed Tanko Mohammed as the acting CJN.
Explaining his reason, the President said he suspended Onnoghen, following an order from the Code of Conduct Tribunal, CCT, asking him to wield the big stick.
Reacting to the saga, the National Judicial Council, NJC, had yesterday issued a query to both the suspended CJN and the man on acting capacity.

In the query, NJC gave both Onnoghen and the acting CJN seven days to respond to the petitions brought against them.
However, an insider who spoke on the ground of anonymity said the query issued to both Onnoghen and Mohammed was aimed at removing them from office.
The source stressed that NJC’s move was aimed at clearing its name of being political.
According to the source: “If you look at the situation on ground, some politicians seem to be on the side of Onnoghen while the Buhari’s government is backing Tanko Mohammed, this the NJC is not very pleased with. This can lead to suspicion.
” Because of this development, the NJC is silently working towards removing both Onnoghen and Tanko Mohammed because the body wants to maintain its image of being apolitical and to frustrate politicians rooting for the two gentlemen.
“And this process can only be successful when we take the first step; which is the query we issued both embattled NJC and the one on the acting capacity.
“When they both respond, the body will now deliberate and possibly decide to relieve both of them and a ew recommendation will be made for their replacement.”
When asked if the government will accept the new recommendation by the NJC, the source said: “When a recommendation is made and Buhari government refuses to accept, then Nigerians would know that the current anti-corruption fight is rubbish. It will become clear that the reason Onnoghen was suspended in the first place was political.
”This move by the NJC is a litmus test to the government in power. It’s an opportunity for the government to clear its name regarding the allegation of Onnoghen’s ‘prosecution.’ We will make our recommendation at the end of the day and see how the federal government will react to it,” he said.