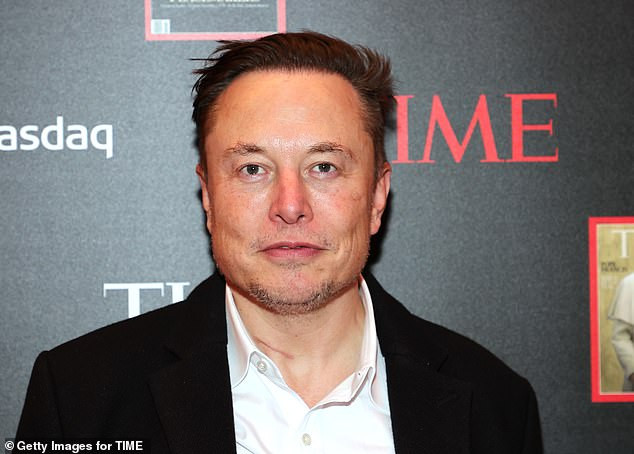 Elon Musk’s outlandish plan to take a ‘futuristic Noah’s Ark’ to Mars has been ridiculed by scientists who say the claim is too futuristic and highly impossible .

The world’s richest man, Musk, 50, was named Time Magazine person of the year on Monday, December 13.

He told the magazine that he had big plans for the next phase of space exploration after SpaceX’s Starship rockets land on Mars within the next five years.

”The next really big thing is to build a self-sustaining city on Mars and bring the animals and creatures of Earth there” he said.

‘Sort of like a futuristic Noah’s ark. We’ll bring more than two, though – it’s a little weird if there’s only two.’

Musk has repeatedly said that he hopes to help humans colonize Mars as Earth’s resources dwindle and climate change gets worse.

”The goal overall has been to make life multi-planetary and enable humanity to become a spacefaring civilization” Musk said in the Time interview, where he explained he’s bring animals and plants to the Red Planet.

But his comments came off as a surprise to scientists who believe animals living in Mars is highly impossible at the moment.

Experts believe it will be easy to grow plants in Mars due to the high Carbon dioxide in the atmosphere but rearing livestock on a planet without oxygen will be almost impossible.

Roger Wiens, a scientist based at Los Alamos in New Mexico, told DailyMail the idea was ‘a brilliant sound bite.’

”Mars, with its CO2 atmosphere, might be a good place to grow plants if they are kept warm and watered, but it would be a terrible place to drop off animals, who need oxygen to breathe,’ he said.

”Humans might be smart enough to don oxygen breathing systems, but would an animal be smart enough to adjust such a system if it was falling off its face? I don’t think so. We would end up with a lot of dead animals. Let’s try botanical gardens first.’

He said it would likely take ‘multiple centuries’ until man was able to raise animals on Mars.

‘Humans can only exist as part of a biosphere – a complex ecology with many species,’ he said.

‘If we are someday to build a human civilization on Mars that is self-sustaining, then yes, we will have to do the Noah’s Ark thing at some level.

‘Is Musk anywhere close to doing this – not at all.’

Robert Lillis, associate director of the planetary group at the Space Sciences Lab in Berkeley, joked that scientists were unlikely to be ‘bringing any aardvarks, marmosets, or pumas to Mars. Not anytime soon anyway. What would we do with them?’

Lillis, who is currently involved in both Nasa’s MAVEN Mars mission and the Emirates Mars Mission said;

‘He’s not wrong in a larger sense: for a self-sustaining colony, we need to establish an ecosystem of certain plants and animals kept in balance with an assist from life support systems and horticultural and veterinary technology,’

He then laughed that it would be ‘a veritable new Garden of Eden or maybe Garden of Elon.’

But Professor Dave Brain, an assistant professor of astrophysics and planetary science at the University of Colorado at Boulder, said;

He said there were three ‘key elements of the vision he suggests’ – a city on Mars, that is self-sustaining, and that supports diverse biological species – and that the self-sustaining aspect was the most challenging.

‘We don’t know how to do this yet, and it’s not clear that this is feasible for Mars,’ he said.

‘But without people pushing on the idea it will take a very long time to find an answer.’