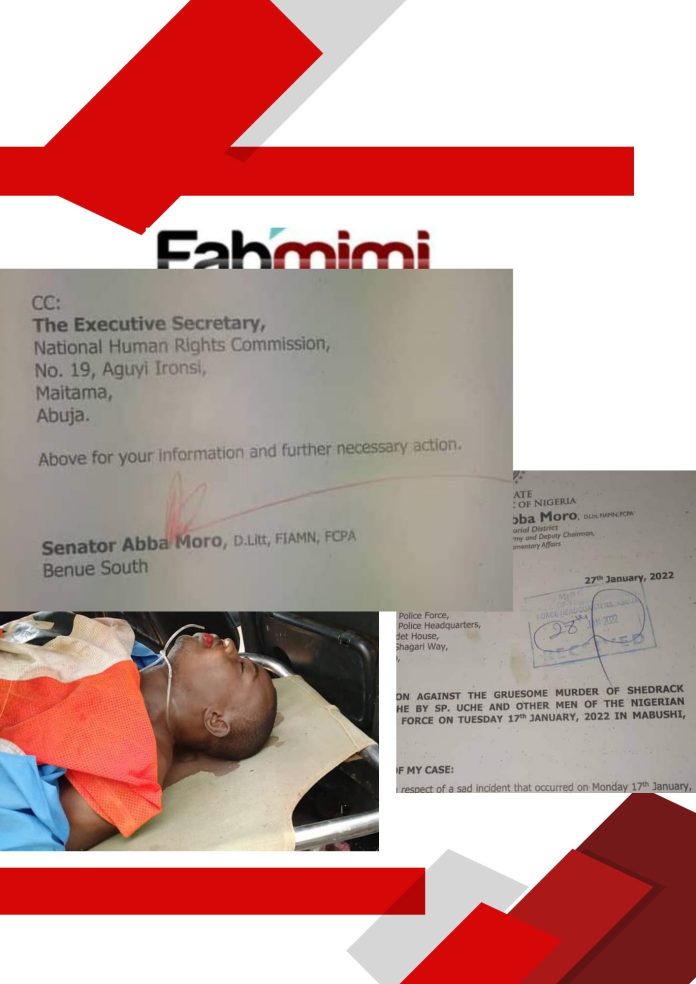 Senator representing Benue South Senatorial district ,Senator Abba Morro has petitioned the Inspector General of Police, National Human Rights Commission over the killing of one Shedrack Ochoche.
According to a letter written by the senator and posted on his timeline, Abbo called on the Police and NHRC to why Shedrack was murdered over a frivolous allegation .
Giving the details of the incident that led to the death of the Benue indigene from his senatorial district, Abba Morro called on both agencies to ensure that the officers who murdered Shedrack be brought to book.
He said
“To ensure that justice is definitely gotten for Shedrack Ochoche, I, today submitted a petition to the Inspector General Of Police (IGP), Usman Alkali Baba, over the gruesome murder of the young man. I also copied the Executive Secretary of Human Rights Commission.
Like I prayed in my petition to the Senate over the sad incident, I’m requesting that the IGP and Human Rights Commission ensure;
1. The Nigeria Police Force comes up with an explanation as to why they murdered Mr Shedrack Ochoche over a frivolous allegation, which was baseless and without proof. Late Ochoche never confessed to the stealing of any battery and was not charged to or arraigned in any Court of competent jurisdiction but tortured to death over a mere allegation.
2. The men of the Nigeria Police Force who tortured and killed young Ochoche are identified and brought to book.
3. The Nigeria Police Force take full responsibility for the young struggling family Ochoche left behind.
Ochoche must get justice! 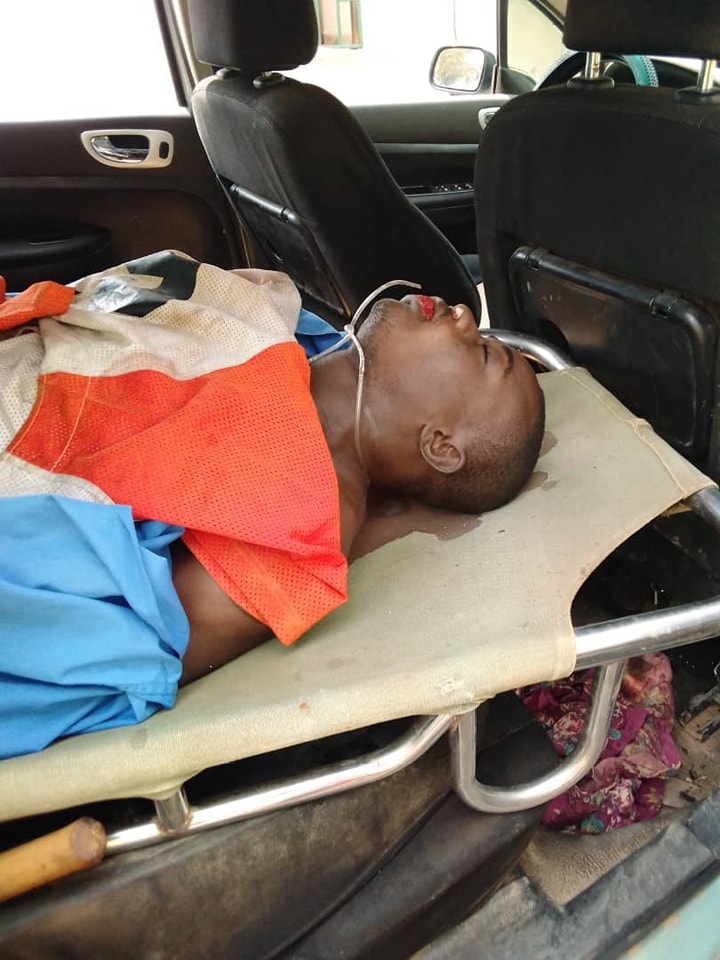 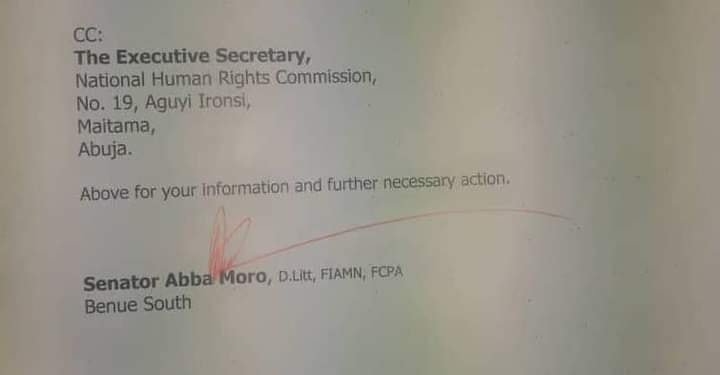 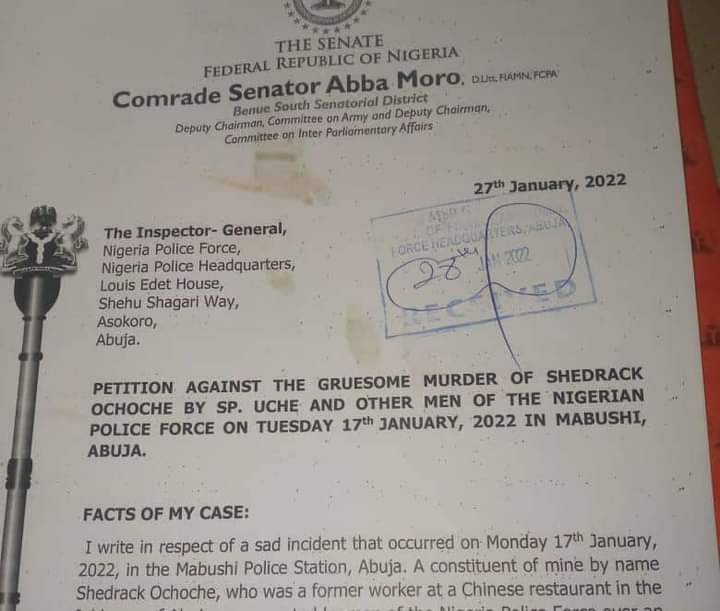