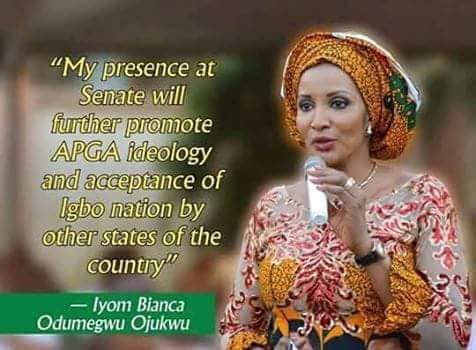 The All Progressives Grand Alliance has disqualified oil magnate, Ifeanyi Ubah, from the senatorial race of Anambra South district.In a publication signed by the National Chairman of APGA, Dr Victor Oye, the party disqualified Ubah for not obtaining waiver to contest the election.Our correspondent gathered that Ubah contested the governorship primary of the Peoples Democratic Party in the November 18, 2017 poll in the state.Shortly after the poll, he dumped the PDP and joined forces with the state governor, Willie Obiano, to win the election for APGA.A few days ago, Ubah allegedly published a video on the Internet claiming that Obiano promised him the Senate seat of Anambra South district in the buildup to the November governorship race.The developed pit him against the hierarchy of the party which saw the act as insubordination.In the publication on Tuesday, APGA said the businessman was disqualified because he did not obtain a waiver that would have qualified him to contest election on its platform.The party cleared Ambassador Bianca Ojukwu, Nicholas Ukachuwu, Ikenna Mbazuluike-Amaechi and Anselm Enyimba for Anambra South district.The incumbent Senator for Anambra Central, Chief Victor Umeh, was cleared as the sole aspirant for the district.In the Anambra-North senatorial district, a former deputy governor of the state, Chinedu Emeka, was also cleared as the sole aspirant in the area.The APGA senatorial primaries are expected to hold on Wednesday (today).