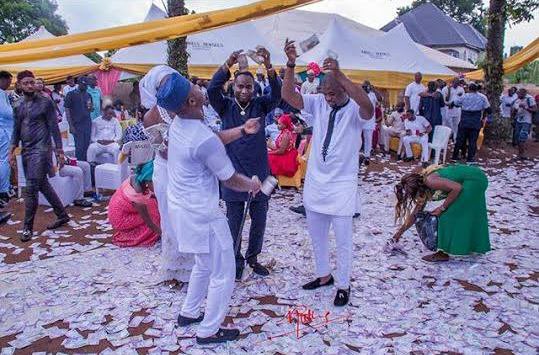 A new resolve by the Central Bank of Nigeria and commercial banks may soon see Nigerians getting arrested for spraying naira notes at parties.
According to a report by TheCable, the Central Bank of Nigeria (CBN) and commercial banks have resolved to introduce mobile courts to arrest currency hawkers and people who spray at parties.

Hamda Ambah, managing director, FSDH Merchant Bank, made this known on Thursday while briefing journalists on the resolutions of the Bankers’ Committee.
“We are going to be disseminating information on the right way to handle the naira so that people do not handle the money incorrectly,” she said.

“And specifically, one of the things we are frowning on and action is to be taken on people who sell the currency.

“In the near future, there is going to be an introduction of mobile court to handle such situation and those caught would be dealt with on the spot.”

Providing more information on the resolution, Isaac Okorafor, CBN’s director of corporate communications, said the apex bank is empowered by its 2007 Act to punish cases of naira abuse with a fine of N50,000, a six-month jail term or both. 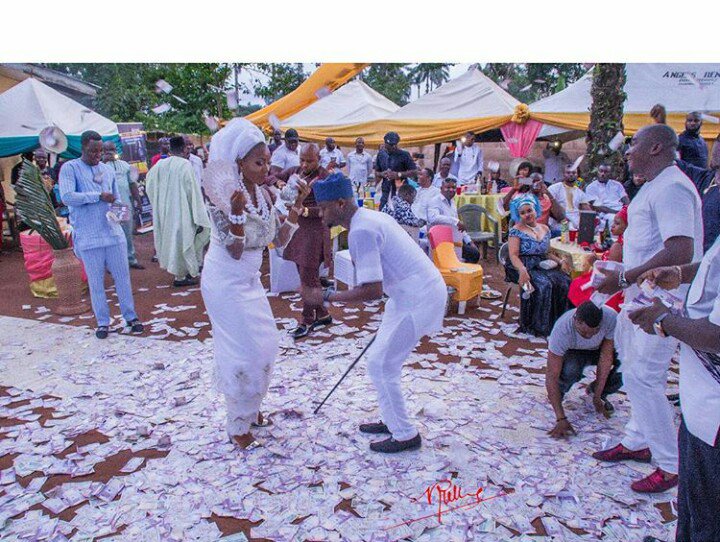 “We are collaborating with every agency of government, the Ministry of Justice, judiciary and the Nigeria Police and we would insist that those who abuse the naira would be punished,” the bank’s spokesman said.

“So it is not only hawking, if at a party, someone dances upon the naira or sprays it, that person may instantly go to jail from that party reception. Nigerians should bear that in mind. We are serious about it.”

Herbert Wigwe, the chief executive officer of Access Bank, said the committee also resolved to provide more support for agriculture and manufacturing so that the CBN can reduce forex allocation to some items.

“It was resolved at the Bankers’ Committee that discretionary Cash Reserve Requirement (CRR) that has been built over time should be channeled towards agriculture in a very impactful manner,” he said.

“The idea was that if it was done properly in the way it is being pursued, very soon or sometime in the future the central bank may start looking at ways to reduce allocations to specific items because we would have been producing sufficient locally to enable us restrict imports. That way, the pressure on our reserves would be reduced.”

At present, the apex bank does not provide forex for the importation of 41 items including cosmetics and toothpicks.