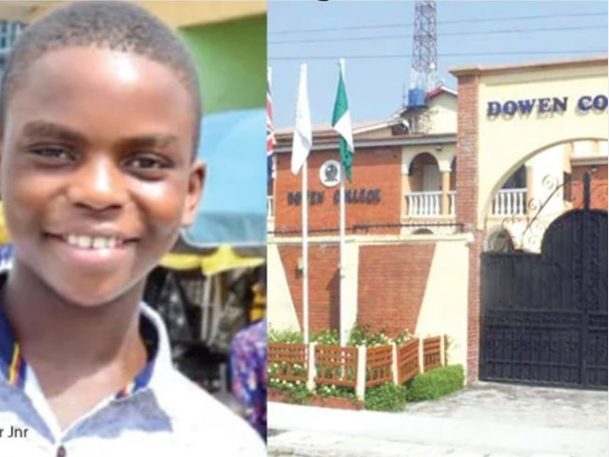 The family of Sylvester Oromoni has faulted the Lagos State Police Command for releasing the housemaster and other staff of Dowen College, Lekki.

Sylvester, a 12-year-old JSS 2 student of the school, died on November 30, 2021. The school had claimed that he sustained injuries from playing football.

However, the family said before he gave up the ghost, he revealed that he was brutalised by bullies and a substance was forced down his throat.

An autopsy conducted by the Consultant Pathologist, Dr. Clement Vhriterhire, at the Central Hospital Warri concluded that Sylvester died of “acute lung injury due to chemical intoxication in a background of blunt force trauma.”