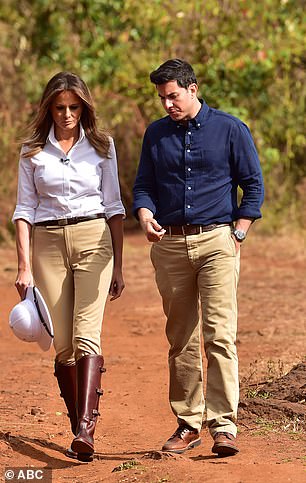 Melania Trump opens up about the frequent attacks and criticism she has endured since her husband took office in her interview with ABC News.‘I could say that I’m the most bullied person in the world,’ says the First Lady in her sit down with Chief National Affairs Correspondent Tom Llamas.When Llamas then presses her on this notion, the First Lady reaffirms her statement, saying: ‘One of them – if you really see what people are saying about me.’This is the same woman who last year responded to a writer receiving death threats in response to a profile she wrote about the First Lady by stating: ‘ She provoked them.’ 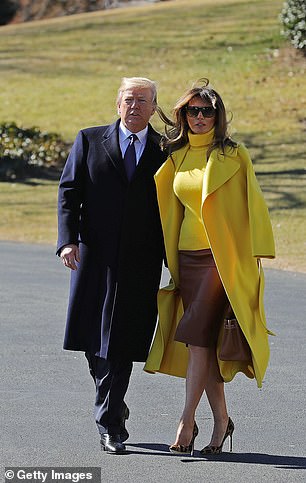 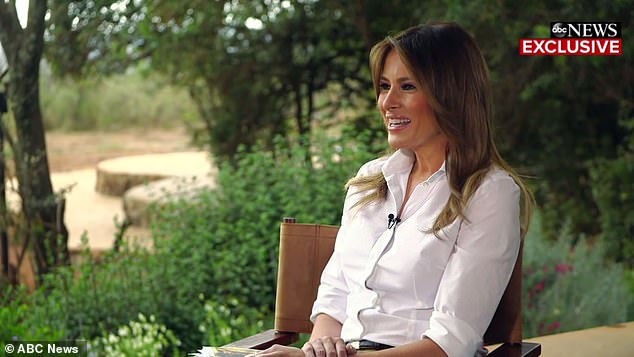 She explains that the bullying she endures on a daily basis led in part to her creation of the Be Best initiative.
Her announcement of the anti-bullying initiative and these most recent remarks made no mention however of her husband, who in just the past week very publicly declared that an alleged victim of sexual misconduct was a liar.
The First Lady does talk about her husband’s administration in the interview, noting that it is hard to govern and saying that she does not trust all those around him inside 1600 Pennsylvania Avenue.
Llamas asks her if she believes there are people her husband ‘can’t trust,’ prompting her to reply: ‘You always need to watch your back.’
When asked if she has 100 percent control over her husband, Melania laughs and says: ‘I wish.’
She then adds: ‘I give him my honest advice and honest opinions. And then he does what he wants to do.’
In a preview of her special that was released on Wednesday, the First Lady is asked if she supports the #MeToo movement, which was revived on the hells of over a dozen women accusing her own husband of sexual assault or harassment.
‘I support the women and they need to be heard. We need to support them, and also men, not just women,’ explains Melania.
‘We need to have hard evidence that, you know, that if you are accused of something, show the evidence.’
Llamas points out that her answer to the #MeToo question might be seen as not supporting victims, a concern that the First Lady brushes aside.
‘I do stand with women but we need to show the evidence. You cannot just say to somebody, I was, you know, sexually assaulted and or you did that to me,’ she says.
‘Because sometimes the media goes too far and the way they portray some stories, it’s not correct. It’s not right.’
Prior to that, The First Lady was seen discussing how hard her job has been in the White House when it comes to finding partners with for her Be Best initiative.
‘It’s sad to see that organizations and foundations that I want to partner with chose not to because of the administration,’ says the First Lady.
‘I feel they are choosing the politics over helping others.’ 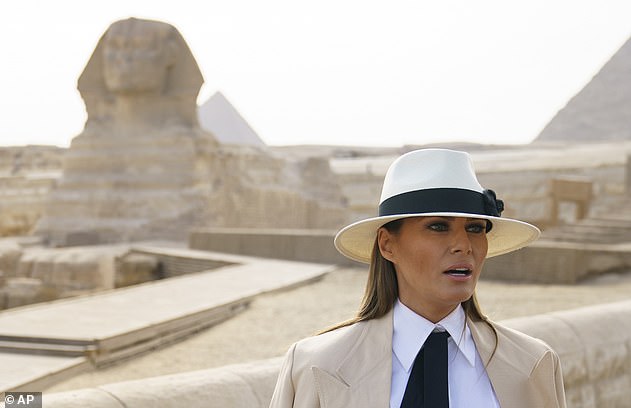 Foreign types with the hookah pipes say: ‘I do stand with women but we need to show the evidence. You cannot just say to somebody, I was, you know, sexually assaulted and or you did that,’ she adds (First Lady in Egypt on Saturday above) 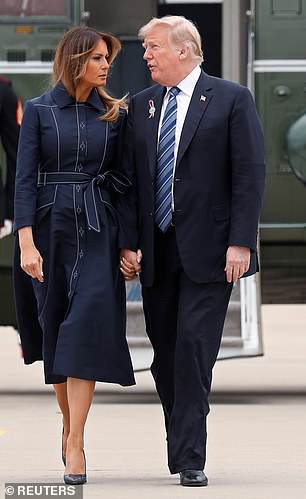 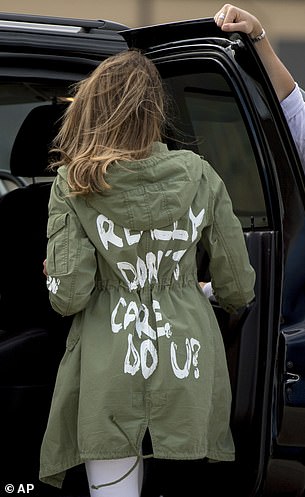