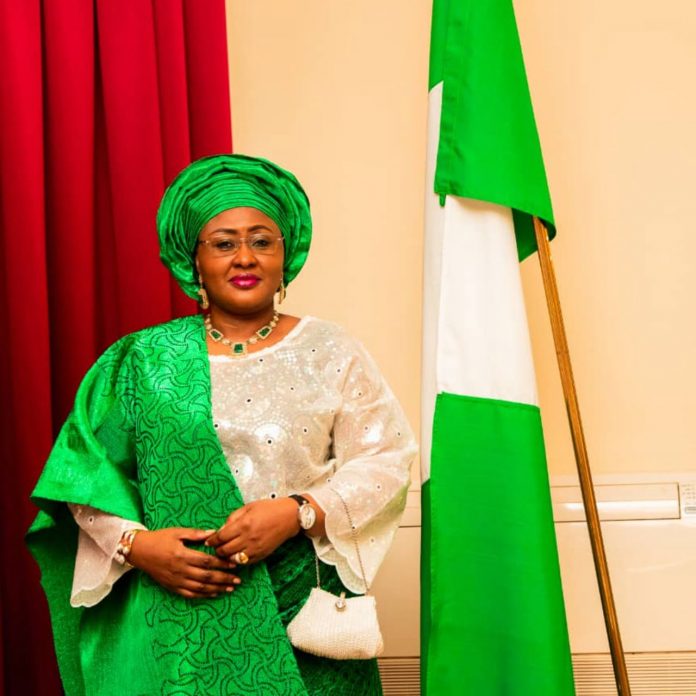 National leader of the All Progressives Congress (APC), Asiwaju Bola Tinubu, Africa’s richest man, Alhaji Aliko Dangote, and other notable Nigerians have attended the launch of a book written in honour of First Lady Aisha Buhari.

The book launch was held at the Conference Centre of the State House, at 9am on Friday, days after the first lady returned to the country from Dubai.

Bola Tinubu chaired the occasion while billionaire businesswoman, Folorunsho Alakija, was the Special Guest of Honour.

Other dignitaries at the event were Mohammadu Indimi, Buhari’s in-law, Jim Ovia, Kensington Adebutu, Daisy Danjuma, Idahosa Wells Okunbo while the Minister of FCT, Mohammad Bello, and his counterpart in Women Affairs, Pauline Tallen, will both serve as chief hosts.