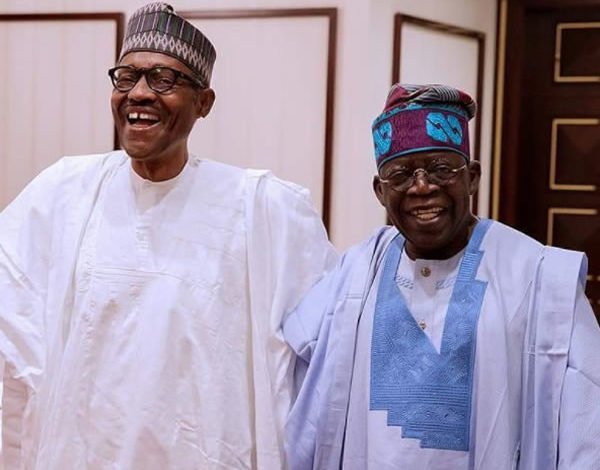 The National Leader of the All Progressives Congress, APC, Asiwaju Bola Tinubu, yesterday, met President Muhammadu Buhari to assure him that negative fallouts from the moves to stop a second term for Governor Akinwunmi Ambode would not affect the party’s chances in the 2019 presidential election.
Tinubu’s meeting with Buhari came as it emerged that last Sunday’s press conference by Ambode where he harangued his rival, Babajide Sanwo-Olu derailed a last-minute intervention by President Muhammadu Buhari to salvage his prospects.
Meanwhile, the National Working Committee, NWC, of the party again shifted the governorship primaries from yesterday to today.
Also yesterday, the chairman of the APC in Lagos State, Alhaji Babatunde Balogun, lamented the failure of the governor to pick his calls or grant access to him, a development he said had hindered the dispatch of the governor’s party membership card to him.
Rebuffing insinuations that the shift of the primary from Monday to Tuesday was upon a last-minute presidential intervention to help Ambode, a source close to the national leader laughed it off yesterday. “There was no summoning.
There was nothing like the President summoning him; he (Tinubu) sought for the appointment himself, and I am not even sure that the governor (Ambode) is going to be there. There is nothing like him being summoned.
“He (Tinubu) sought for an appointment with the President to clarify some issues, and it is not like he is bringing anybody to the table, he will be there alone because he sought for the appointment and it was meant strictly to clarify the issues for the president.” Another source noting the absence of further interventions on behalf of Ambode said that the governor shot himself in the foot with his press conference on Sunday.
“That press conference exposed him and stopped everyone that had been involved. The president had prompted the NWC based on calls from several quarters to see what could still be done and they were to meet with the parties in Lagos, but that press conference put everyone off. “The trip had to be called off, and he exposed himself that he wanted to fight the system, and that press conference exposed him,” a high-level source in the party said.
Meanwhile, a principal officer of the State House of Assembly, yesterday, dismissed insinuations of the threat of impeachment hanging on the governor. The polity in the state had lately been wrapped with insinuations of a plot to impeach Ambode should he forge ahead to contest today’s primary. The lawmaker who spoke on the condition of anonymity said: “The issue is a family affair, and I am not aware of any move to impeach him. I have told you earlier, the party is supreme, and upon its stand, we shall all stand. Nobody is above the party, and that is the foundation of the party, and I know that all the members of the party are aware of that.”
Meanwhile, factional chairman of the party, Fouad Oki, yesterday described the current crisis in the party as “worrisome” and urged the national leadership of the party to intervene. “When family members are in conflict, is it not the responsibility of family members, especially the elders or those who care deeply about the well being of the entire family, to make every attempt to solve the problem,” Oki said at a press conference, yesterday.
“The purpose of this letter is to invite the Chairman of the National Working Committee of APC, members of the National Working Committee, NWC, and our revered leader and President of the country as well as the Vice President to urgently look into the crisis that could engulf the Party irredeemably in Lagos State.”
Also yesterday, hundreds of protesters claiming to be APC members, stormed the party’s Secretariat, Ikeja, protesting against the guidelines set by the National Working Committee, NWC, for the primary in the state. The protesters stormed the party secretariat at about 4:30 pm few hours before the seven-man committee assigned to conduct the primary arrived the secretariat to address stakeholders on modalities for today’s poll.
They explained that their major grievance with the guideline was the plan to use the party permanent membership card as against the slip which according to them a significant proportion of party members do not have. Speaking on behalf of the protesters, Kolawole Okedara alleged that: “Since they have decided to hoard the card, then they must allow everyone that could present the party slip to cast their vote for the aspirant of their choice. “If they do not allow that, then there will not be any election.
We have registered since 2014 but the party did not issue any card to us. And when the primaries arrived, they claimed the permanent card that was not issued months before today will be used for the primaries. This is not fair at all.”