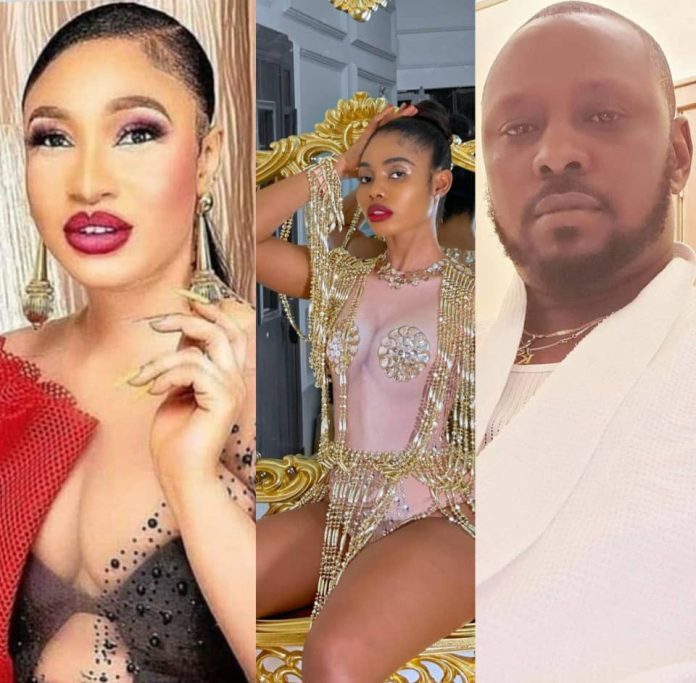 Actress Tonto Dikeh has called out dancer Jane Mena following a cryptic post she shared on her Instastory.

Jane Mena who wrote in the third person, had said that someone who claimed she was ready to go to court, is now “running up and down”. Urging the person to stay at a spot and sign the court papers, she added that there is “sapa everywhere”.

Countering claim of not wanting to sign court papers, the actress referred the dancer to her lawyer’s office, adding that her ex-boyfriend Prince Kpokpogri was the one who allegedly narrated how he allegedly had sex with Jane Mena more than her (Jane’s) husband. 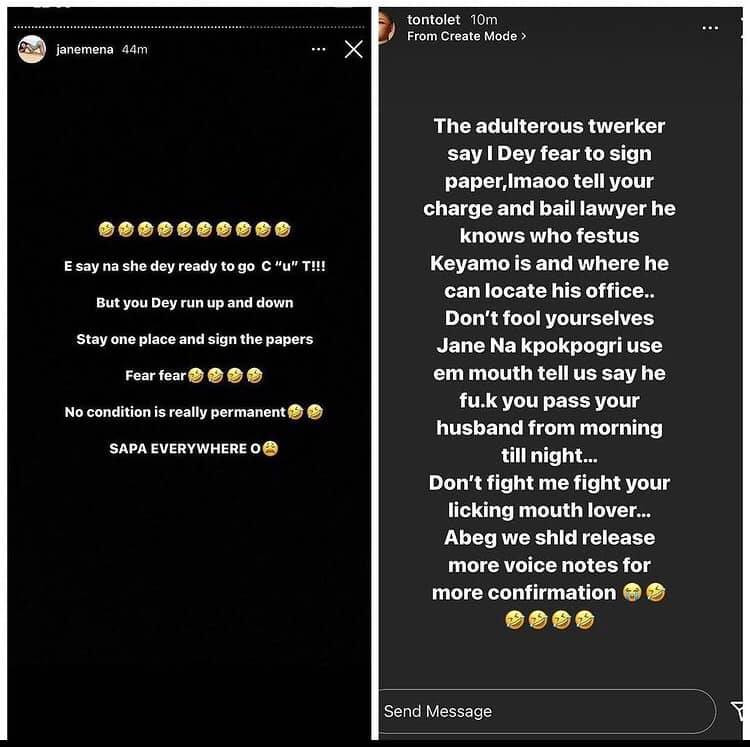 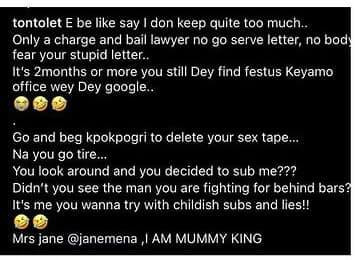 Janemena soon after deleted her post on Instastories, however Tonto reacted, accusing her of initially putting up the post to “buy” sympathy. 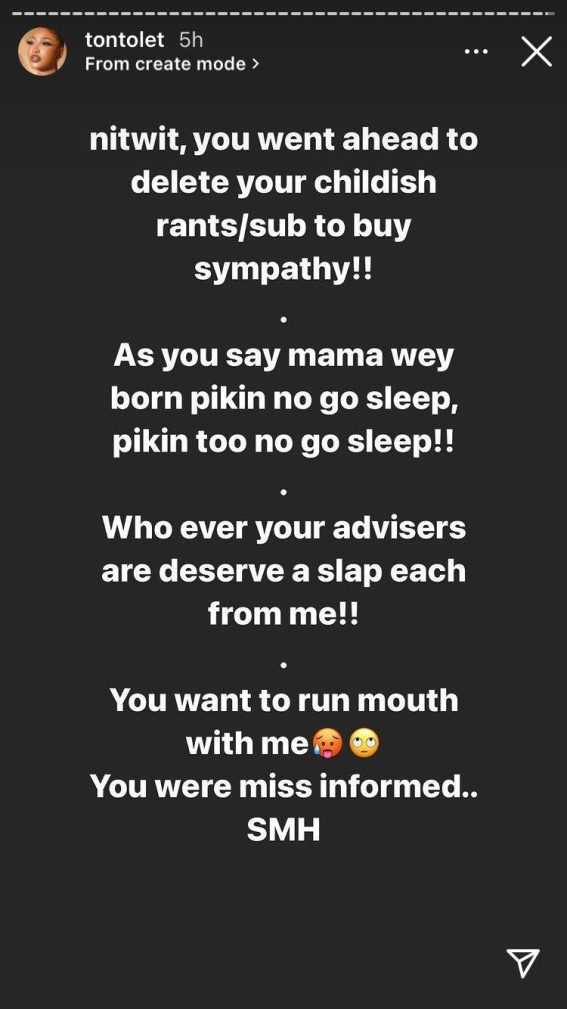