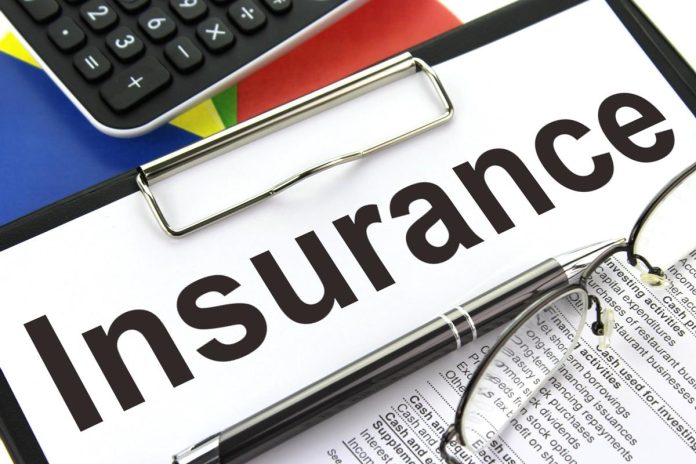 The following is the definition of insurance given by the Oxford English Dictionary: “Insurance is an arrangement by which a company or the state undertakes to provide a guarantee of compensation for specified loss, damage, illness, or death in return for payment of a specified premium. While Insurance Company is a company that provides and sells insurance.”

Insurance companies have sprouted up in Nigeria over the course of the country’s history to meet the growing demand for a variety of insurance products and services, including but not limited to: life insurance or personal insurance; property insurance; marine insurance; fire insurance; liability insurance; guarantee insurance; and so on.

The following is a list of the 15 most successful insurance businesses in Nigeria, along with their locations:

Read more here about the top 10 leading asset management companies in Nigeria and where they are located.

AIICO Insurance PLC is a company that specializes in providing various financial services and was founded in 1963. It was formerly known as American Life Insurance Company (ALICO), but it was renamed American International Company Limited (AIICO) after the Federal Government of Nigeria purchased a 60% stake in the company and listed it on the Nigeria Stock Market in 1990. Prior to that, it had been known as American Life Insurance Company (ALICO). Kundan Sainani serves as the chairman of the board at this time, although Babatunde Fejemirokun is the managing director and chief executive officer.

This company was established in 1970 by Sir Olusola Hassan-Odukale, and ever since then, it has grown to become one of the most prominent insurance service providers in Nigeria. It currently has over 24 branches across the country, and its corporate office can be found at 121/123 Funsho Williams Avenue, Iponri Surulere, in the state of Lagos.

Custodian and Allied Insurance Limited is the third company on the list.

This insurance provider is a part of Custodian Investment PLC and operates as a subsidiary. It is an authorized provider of insurance services due to its status as a registered member of the Nigerian Insurers Association (NIA) and approval from other regulatory services. Mr. Johnnie Wilcox serves as the chairman of the corporation, and Edeki Isujeh serves as the managing director.

The headquarters of the company may be found at 16A Commercial Avenue, Sabo, Yaba, Lagos, Nigeria.

Cornerstone Insurance PLC was first established on July 26, 1991, with the intention of functioning as a private limited liability business. In 1997, the company transitioned to a public limited liability status and began trading on the Nigeria Stock Market.

Ganiyu Musa is currently serving as the company’s Managing Director and Chief Executive Officer. In addition, he is the Chairman of the Nigeria Insurers Association (NIA).

The headquarters of Cornerstone Insurance PLC can be found at 21 Water Corporation Drive, Off Ligali Ayorinde Street, Victoria Island, Lagos, Nigeria. The company also maintains a number of branches and stores located throughout the nation.
5. AXA Mansard Insurance PLC

AXA Mansard Insurance PLC is a subsidiary of the AXA group and has 166 employees in Nigeria. Globally, the AXA company has 153,000 people and serves 105 million customers in 54 countries. AXA has a local presence not only in North America but also in Central America, South America, Africa, and Asia. The name AXA was selected not because it is an abbreviation but rather because it is a short name that can be readily pronounced the same way in any language. In 1989, the corporation became a privately held limited liability company when it was incorporated.

On May 6, 1960, the founders of this insurance company—Chief S.L. Edu (CON), Mr. T.A. Braithwaite (CON), and Chief M.E.R. Okorodudu—began the process of incorporating the business. African Alliance Insurance PLC, which has its headquarters at 54 Awolowo Way, Ikoyi, Lagos, operates a network of 18 branch offices spread out across the entirety of Nigeria as of the present day. Npower recruitment

You may also be interested in reading about the top 15 most successful financial technology companies in Nigeria. 7. LASACO Assurance Plc

After being incorporated on the 20th of December in 1979 and receiving its license to operate as an insurer on the 7th of July in 1980, this company did not begin full-scale operations until the 1st of August in 1980. After being traded on the Nigeria Stock Exchange, the business proceeded to transform into a Public Limited Company the following year, in 1991. Converting Pounds to Naira

Their address is LASACO House, Plot 16 Acme Road, Ogba, Ikeja, Lagos, Nigeria, and you can get in touch with them there.
8. The limited liability company Anchor Insurance.

After receiving a license from the National Insurance Commission (NAICOM) as a general business (non-life) insurance outfit in June of the same year, this insurance firm did not begin conducting business until November of 1989. Prior to that, it had been registered in June of that year.

After being formally organized as a Private Limited Liability Company on the 15th of April in 1992, this insurance company was finally given permission to begin conducting business on the 8th of September 1993. After converting to a Public Liability Company on May 11th, 2007, GoldLink was able to become listed on the Nigeria Stock Exchange on February 12th, 2008 after the conversion.

Goldlink operates 16 locations across the country in addition to its main office, which is located at 6 Emmanuel Street, Maryland, Lagos State.

You may also be interested in reading about the top 15 real estate companies in Nigeria. 10. Continental Reinsurance PLC

This insurance firm started out as a private reinsurance company when it was founded in 1985 and became a legally recognized commercial entity. They went through the process of transforming themselves into a Public Limited Company in the year 2000, and on May 30, 2007, they were listed on the Nigeria Stock Exchange.

The headquarters of Continental Reinsurance may be found at the Continental Re Centre, which is located at 17 Olosa Street, Victoria Island, Lagos, Nigeria, P.O. Box 2401.

Its headquarters can be found at 34 Marina Street, Old Nipost Building, in the Marina district of Lagos, Nigeria.
12. NEM Insurance PLC

NEM INSURANCE PLC is one of the oldest insurance firms in Nigeria, having started doing business in the insurance industry in Nigeria in 1948 when it first opened its doors. The Nigerian government privatized the company in 1989, which led to its listing on the Nigeria Stock Exchange the following year (1989). The company was incorporated in 1970.

On April 18, 1995, the company was officially established, and ever since that date, it has been recognized as one of the most successful insurance providers in the industry, serving the needs of Nigerian customers. Dr. Akin Ogunbiyi serves as the organization’s chairman. JAMB form

You may also be interested in reading about the top ten companies in Nigeria that sell automobiles. 14. Niger Insurance PLC

The establishment of this insurance firm took place in August of 1962, and ever since then, it has been recognized as one of the most successful insurance companies in Nigeria, capable of engaging in all types of insurance business. Its headquarters can be found at number 48/50, Odunlami Street, in the Marina district of Lagos. JAMB Result

Edwin F. Igbiti serves as both the company’s MD and CEO in addition to his role as chairman.
Consolidated Hallmark Insurance PLC comes in at number 15.

On February 8th, 1991, the company was officially incorporated. Consolidated Hallmark Insurance Plc became one of the top ten General Business and Special Risk Insurance underwriters in Nigeria after it underwent a merger in the year 2007. Plot 33D Bishop Aboyade Cole S Victoria Island in Lagos, Nigeria, serves as the organization’s main office.