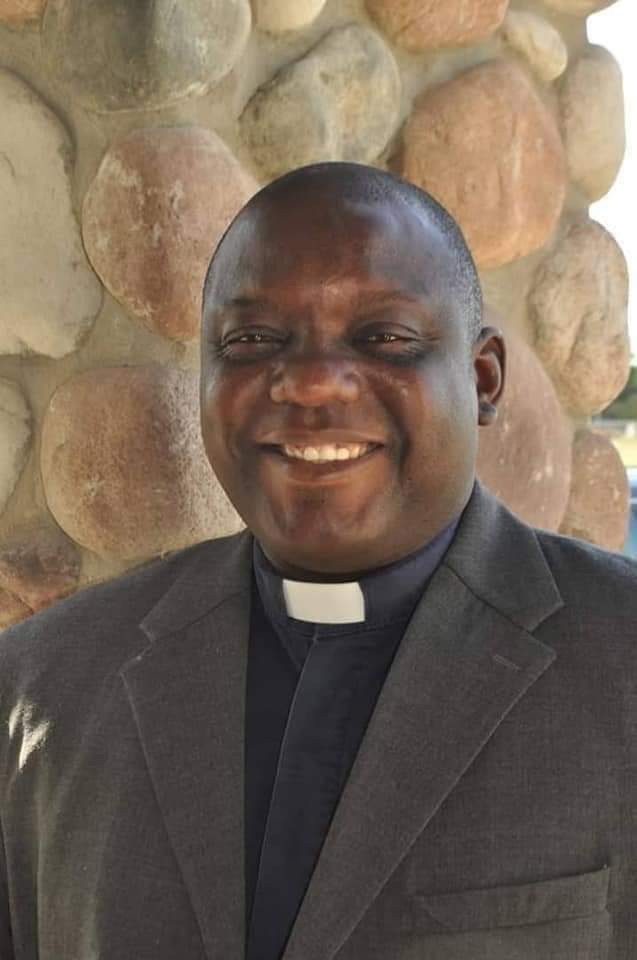 Abeokuta based business man has joined Nigerians and Catholics all over to mourn Rev. Fr. Vitus Borogo, the Catholic priest/Chaplain of the Catholic Community of the Kaduna State Polytechnic, and the Chairman of the Nigerian Catholic Diocesan Priests Association (NCDPA), Kaduna Chapter who was murdered by bandits on the 25th of June 2022. has been described as a priest who did his work and looked for good things to do, one who worked with young people and was pained about their circumstances, in a country that promised so much and yet eats its very young.This is contained in a touching tribute from his friend Vitalis Ortese! Read the full tribute here

In January Fr. Borogo, whom we called “Gish” for our pet reasons celebrated his 50th. (See birthday tribute HERE )I sent a tribute to him, recalling our moments in life and when we first met aged 9 or so. Today I send him a tribute to close his eyes and bade farewell.

It’s a very painful and reluctant farewell as two days before he was murdered, he had called me on the phone. We did not discuss his funeral. We discussed a future. A future that he was excited about. Alas, this future has been “eaten up”. Eaten up by Nigeria. Nigeria is eating her young and brightest. Nigeria is eating those who will make her.

I did not come to bury Father. I came to see him and bade him well on this journey.

Those who took his life cannot be older than him. But they took his life without knowing him and what he represented. They took his life believing they are hurting him and hurting us. They hurt themselves and yes they hurt us. “Gish” did his work and looked for good things to do. He worked with young people and was pained about their circumstances, in a country that promised so much and yet eats its very young.

Our story is changed forever as I have lost the person we planned life with. Like brothers, we did not agree on everything, and even though we had this road distance between us, we were very close as we went through life. I do not feel and I have not accepted he is dead. As I said, we only spoke two days prior to the incident and he told me about his 2.5 hectares farm project. He was killed, but he did not die and his spirit is very much here with us.

In January father turned 50. He celebrated his years on earth and I will like to leave it that way. Celebrate that 50. We spoke 2 days before and I will take his excitement about the future for him and for everyone who knew him. For our leaders who have failed Father Borogo, failed us, and failed themselves, I pray for you. For Mama and those Gish has left behind, only God can console you. As for all of us, let us understand this moment for what it truly represents. We must stop this nonsense.