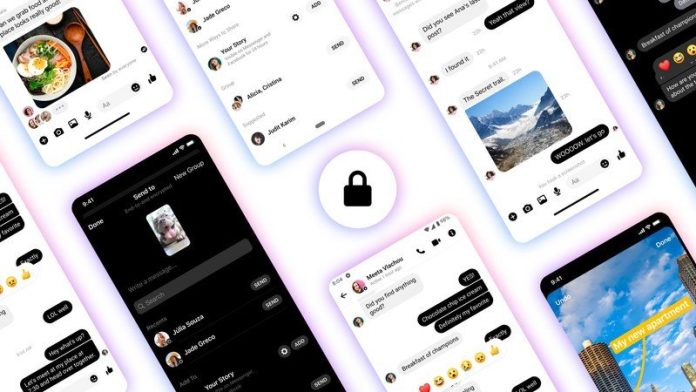 Now you don’t have to miss out on features when entering protected chats.

What you need to know

End-to-end encrypted chats have been available for some time on Messenger, but Meta is announcing quite a few enhancements for the feature that will make it more feature-rich on iOS and the best Android phones.

Messenger’s secure chats were relatively limited before, but that is now changing with the swath of new features arriving. Many of these are features you’d find when chatting normally (and not protected) in Messenger. That includes typing indicators, message replies and forwarding, reactions, and the ability to send GIFs and stickers.

You can also save media and edit videos before you send them. Essentially this update is putting end-to-end encrypted chats on par with unprotected chats.

One useful new feature is the screenshot notification that tells you when someone has taken a screenshot of any disappearing messages. It’s a feature found on other apps like Snapchat as a way to ensure that everyone feels safe when in a secure chat. For those that are unaware, Messenger’s chats aren’t end-to-end encrypted by default, a feature that’s not coming until sometime in 2023. Instead, you have to swipe up from a conversation to enter “Vanish Mode,” which will allow users to send content that will disappear after they leave the chat.

Another way to enter an end-to-end encrypted chat is to toggle the lock icon when entering a new Messenger chat. Through this method, users can turn disappearing messages on or off using the clock icon in the text box.

Messenger also extends end-to-end encryption to group chats and calls, so you no longer need to be one-on-one to enter a secure conversation. Lastly, verified badges will be available in these chats so you can better identify authentic accounts.