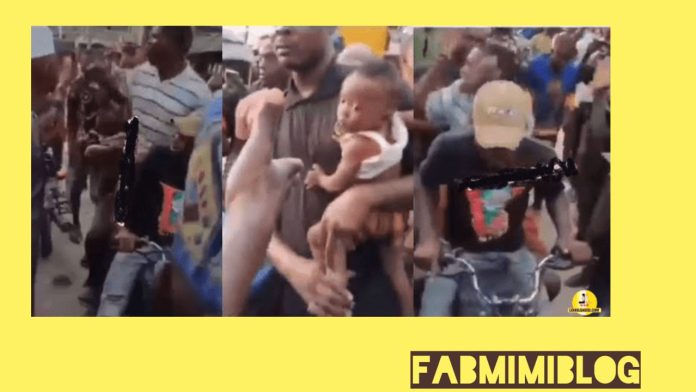 A dispatch rider in Lagos State has been apprehended with a baby found in his courier box.

The incident, it was learnt, happened in Sangotedo Area of Lagos, as mob descended on the yet-to-be identified rider.

A video of the incident shared on Twitter showed the rider being beaten by mob as he was being dragged to a police station.

One of the persons in the background was heard saying, “This is the child that was abducted.”

The police are yet to speak on the incident which has set tongues wagging over the high wave of crimes and criminalities in the state.

As of the time of filing this report, the circumstances surrounding the child being kept in the box were not made clear.The Sangotedo axis comprising Ajah, Abijo and Lekki environs are some of the notorious areas in Lagos.

The development comes amid the outrage over the murder of a 22-year-old fashion designer, who went missing after boarding a BRT in the area.

“@EqualRightAutos: ???? A dispatch Rider was apprehended after a baby was found inside his courier box in Sangotedo. @Gidi_Trafficpic.twitter.com/5b76S05q4D 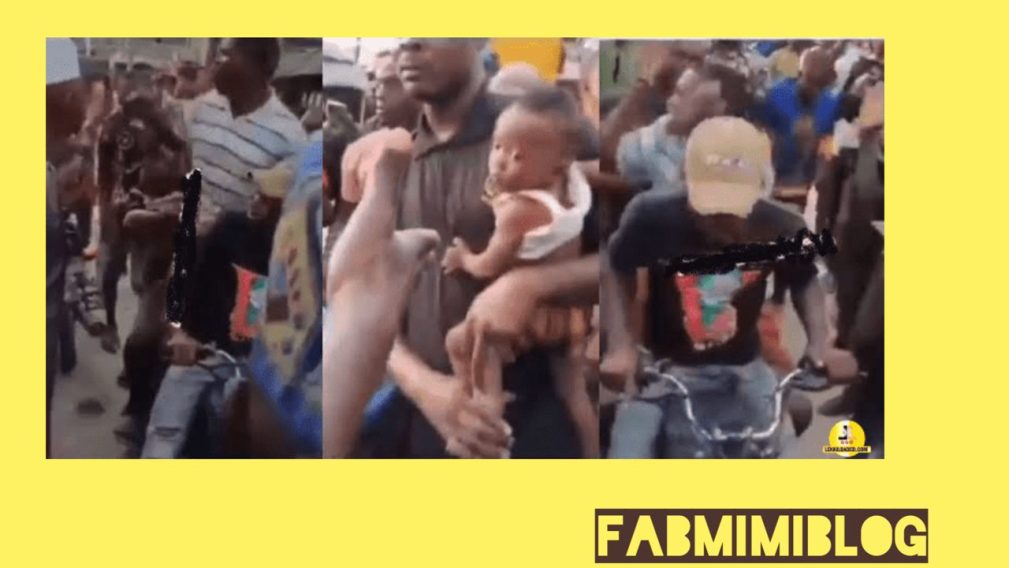