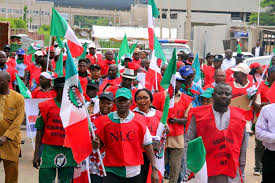 The organised labour in Kogi has directed workers in the private and public sectors to embark on a seven-day strike with effect from September 27.
The directive was contained in a statement issued on Wednesday in Lokoja by the state chapters of the Nigeria Labour Congress, Trade Union Congress and the Joint Public Service Negotiating Council.

According to the statement, the declaration of the strike is in line with the position of the national leadership of the unions to press home the demand for a new minimum wage.
It directed that all public and private offices at state and local government levels be shut down, saying that workers should remain at home within the stipulated period of the strike and await further directive.