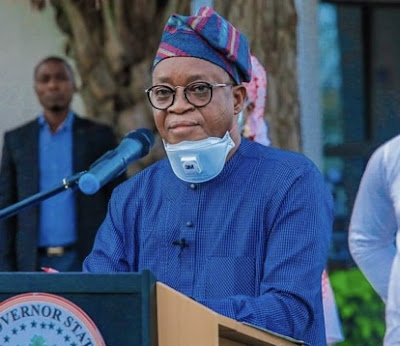 Pensioners in Osun State have accused the state government of non-commitment to their welfare.

This was asserted by Ronke Aderibigbe, the Coordinator of Nigeria Union of Pensioners, Women’s Wing in Osun State during a prayer gathering on Thursday.

She further alleged that Oyetola was adamant over the issue of pensioners.

“We now notice that our efforts to meet Governor Oyetola have been proving futile. It is like an exercise in futility.

“Our management, the NUP (Nigeria Union of Pensioners) under the Chairmanship of Alhaji Abdulganiyu and the Secretary, Comrade Bandele Aina, have done all necessary actions to meet with the Governor. We don’t know our sins to Governor Oyetola. Since we have sought his face and he has refused to look at our faces, we know God will answer our prayers.

“We have written so many letters (but) nothing is forthcoming. With all our struggles, Governor Gboyega Oyetola is not doing anything. He has rubbished us. He has pushed us to the walls. And we feel there is no more to do than to pray.

“Pensioners are dying. Oyetola has refused to pay. He has refused to give us our entitlements. We are dying because there is no money to treat ourselves. There are elders amongst us who have terminal ailments.”

She added that the situation has forced some pensioners to be commercial motorcycle riders and their children take up odd jobs.

She alleged that government officials have found ‘a cabal’ and only pay their family members and relatives.

Conclusively, she begged the state governor, Gboyega Oyetola to address their grievances before the gubernatorial election stipulated for July 16, 2022.