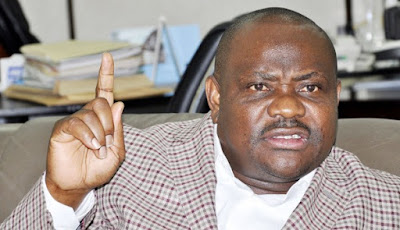 The Rivers State Governor, Nyesom Wike, has hailed the emergence of the state as Nigeria’s top investment destination.
The governor was reacting to a recent investment profile report by the Nigeria Investment Promotion Commission, which indicated that Rivers State received the largest investment in the first half of 2018, surpassing Lagos State.
According to him, the profile of the state has risen due to the implementation of sound economic policies and investments in security and infrastructure by the state government.
Wike also stated that the support from critical stakeholders in the state played a key role in the emergence of the state as the preferred investment destination.
He said, “We are happy that the investment profile report published by the NIPC says Rivers has overtaken Lagos.
“This is not the work of one man; it is a collective effort. Both the state government and other stakeholders worked hard to achieve this feat.”
He said the state government had fought insecurity and criminality to a standstill, making the state safe for all kinds of investors to bring their capital to Rivers.