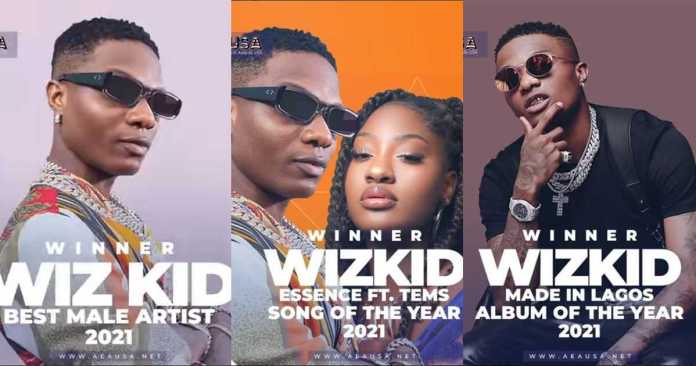 Wizkid, an afrobeat superstar, won five honors at the 2021 African Entertainment Awards in the United States.

Big Wiz, whose achievements are undeniable, was named the winner in five different categories, including:

Album Of The Year: Wizkid “MADE IN LAGOS”

Indeed, this is a significant addition to the Grammy winner’s already impressive collection of awards and prizes.

Remember that Machala also won three awards at AFRIMA 2021, making him the first singer to achieve this feat.