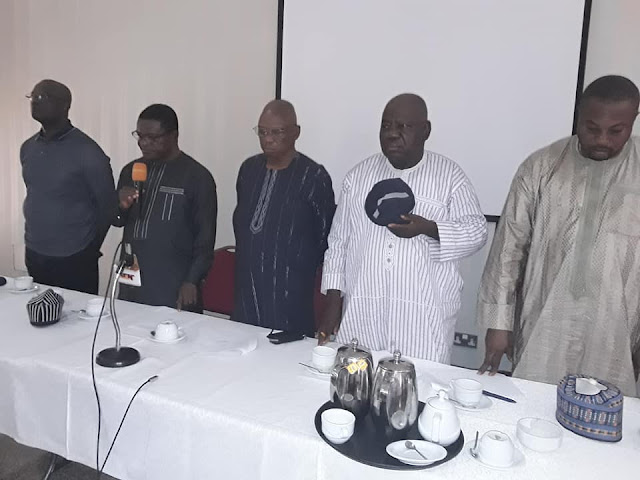 It is no longer news that Barr Emmanuel Jime,Barr Benjamin Adanyi,Mr Titus Zam,Arc Asema Achado,Chief Akange Audu and Chief Mike Iordye  will be contesting at the APC primaries on Sunday to fly the  flag at the general elections on the platform of the All Progressives Congress (APC.
Dr Usha Anenga,a Blogger /Social Commentator tries to analyses their odds of winning the primaries….Take a look at this.


1. Barr Benjamin Adanyi… Benue Assembly member representing Makurdi South who worked hand in hand with Governor Samuel Ortom. Famously said even the pope cannot pay salaries in Benue state. His candidature is viewed as a leap in the dark.

2. Chief Akange Audu… Elder and party chieftain who was also a beneficiary of Govenor Ortom’s government and worked closely with him. His better half is chairperson of Makurdi local government council. A perennial contender, his chances are slim.
Odd: 4.1

3. Chief Mike Iordye… The former Head of Service worked closely with Governor Ortom, was the Chairman of the Governor’s transition commitee that reported Suswam left an empty treasury with a debt of over N60billion. Stepped down for Chief Akange Audu before 2014 APC guber primaries, may step down for someone during the primaries. Remote chance of winning.
Odd: 12.5

4. Arc Asema Achado… Close ally of Governor Samuel Ortom, awarded contracts and worked closely with the later until his defection to PDP. The moneybag of the bunch, made top dollar through his close relationship with former Vice President, Nemadi Sambo who was his course mate back in school. His financial status and cool head gives him a chance but though in some quarters to be Governor Ortom’s mole amongst the candidates.
Odd: 2.9

5. Hon. Titus Zam… The Former Special Adviser to Governor Samuel Ortom on Local Government and Chieftaincy Affairs and Chieftaincy Affairs who swore never to contest against his former boss. The most social media savvy of the Group. His candidature is viewed as dead before arrival as he is alledged to be responsible for the irregularities that characterised the distribution of N28 billion bailout funds and also ommission of legitimate workers from the payroll.
His wide consultation and financial power gives him an outside chance but will his party risk it?
Odd: 3.4

6. Barr Emmaniel Jime… Spent 8 years at the green chamber of the national assembly representing Makurdi/Guma federal constituency. Contested for the same ticket in 2014 and was coasting to victory if not for a court injunction. Ticket later handed to Governor Ortom who went on to win the polls. Withdrew his case challenging the process for peace sake. Was later appointed Managing Director of Nigeria Export Processing Zones Authority (NEPZA). Will have to overcome negative propaganda concerning his candidature otherwise favoured.