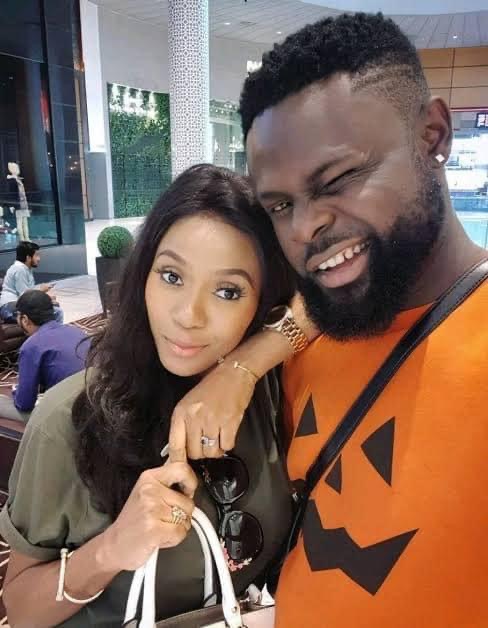 Angry by allegations that her spouse is gay,
Yomi Casual’s celebrity fashion designer wife, Grace Makun, has challenged individuals who are spreading the gay-husband rumors to back up their claims with evidence.

Grace vented in a lengthy Instagram post about the constant disrespect she receives from people who disseminate untrue information about her husband.

She continued to highlight the false information on Yomi Casual’s extra effort to maintain a decent appearance rather than being gay.

She challenged the blogger to produce proof rather than the back-and-forth defamation technique, with the approval of her husband.

Angry by allegations that , Yomi Casual’s wife posted this .

In her words; “I want to address those of you tagging and sending me DMs concerning a very disrespectful assumption and the indirect rumours, orchestrated against my husband’s personality and my Household to PLEASE STOP. Even if most of you enjoy seeing others go down, i think it is too early in the year to subscribe to all these ‘super stories’ designed to work on your minds, and create unnecessary trends and engagement. With the permission of my husband, I am daring the so-called blogger and anyone of you who insinuate to know too much to bring out proofs that confirm Yomi “gay” as speculated without fact by your devilish camps within 24 hours. We all know that the Western fashion world is engulfed with such traits and it’s stigmatizing but it is not enough to tag him what he is not even planning to become or be in another world. It is also not a crime for a guy to look good , represent his brand and pay quality attention to himself. It shouldn’t be translated to being gay simply because the majority of men out there pay less attention to their looks and suddenly his appearance and amiable characteristics represents name callings ? STOP WITH THE DEFAMATION ALREADY . Yomi Casual’s wife fumes over claims that husband is gay Having said that, our family is intact without any form of chaos or a single reason for my husband and i to drag ourselves anywhere over a NON EXISTING issue. STOP tagging me & go ask your favourite blogger to save you all the stress and suspense by unleashing his or her show of shame within 24 hours or die for making you all waste your hard earn money on data for no reason. More so, to those of you who love gossip, you can continue to spread your drama and lies as fans of negativity until being a victim of it would lead you into knowing how much it hurts and destroy people’s peace and joy. Beyond all the lies, we shall continue to be guided on the path of truth, love, and respect for each other. Any blogger or individual who would not stop spreading fabricated and hurtful news about this man i have known in the last 5 years of marriage and for 13 years of friendship. I pray for calamity to come upon them all one by one in JESUS NAME 🙏🏾 AMEN.” 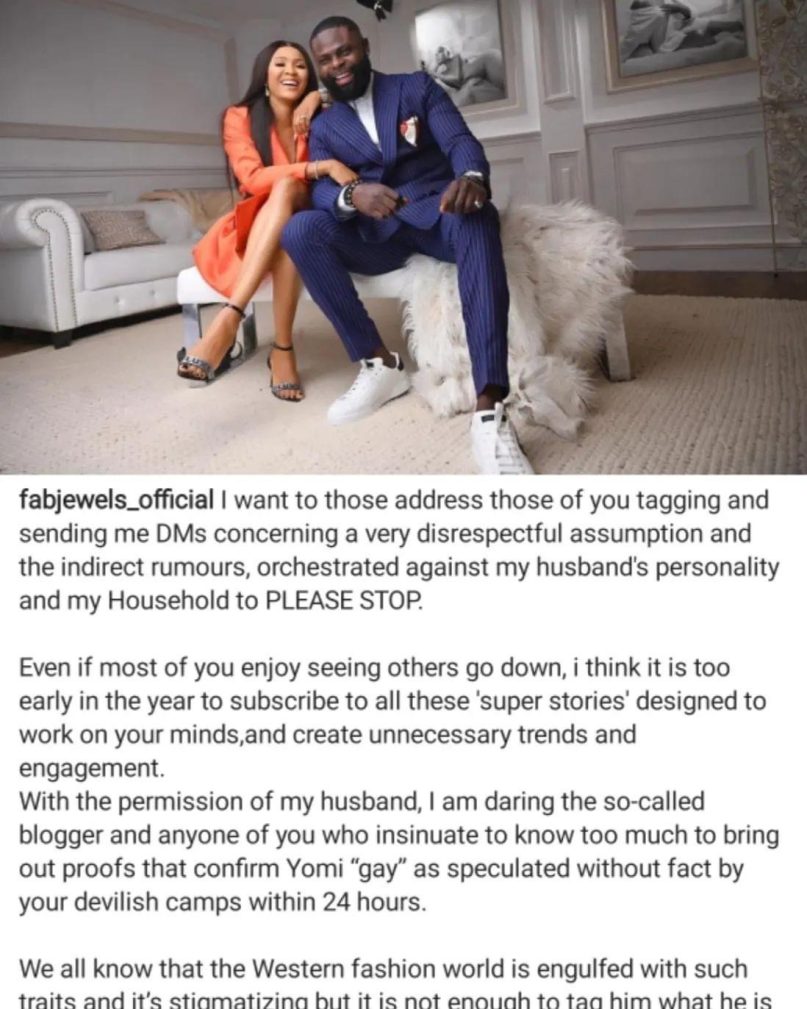 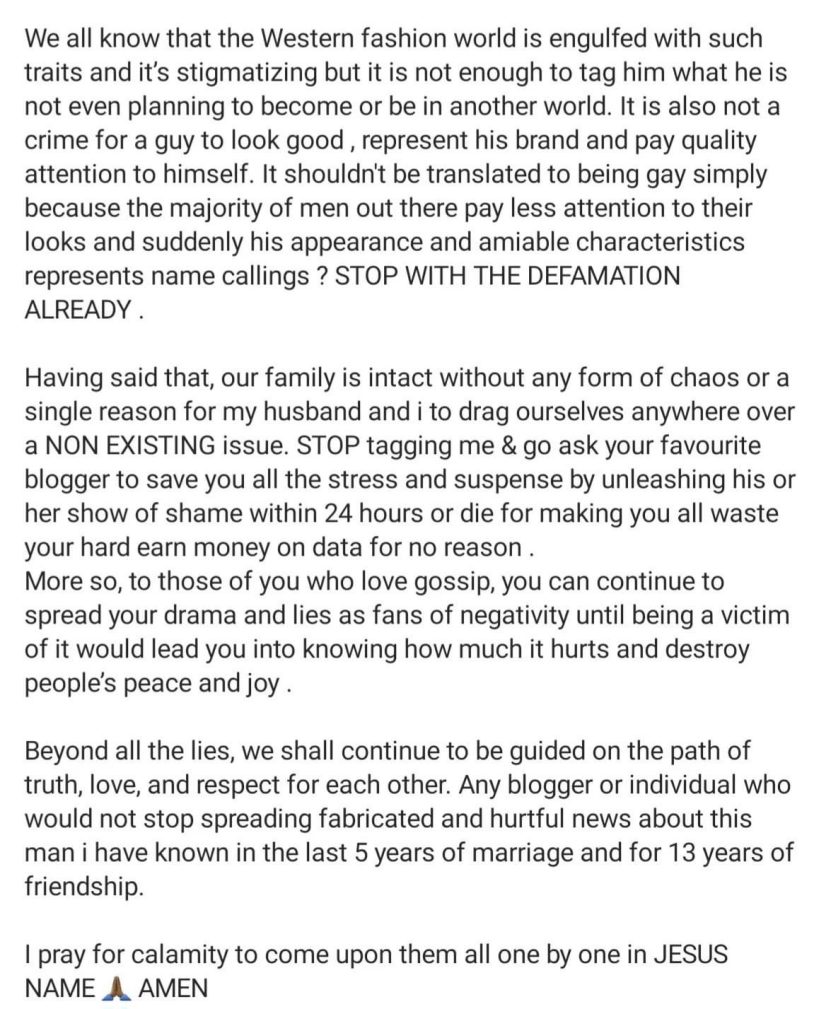